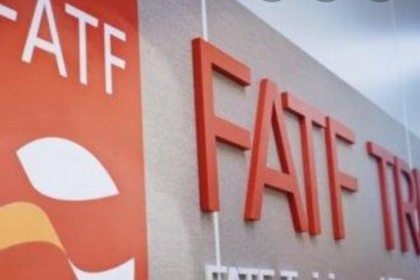 Islamabad: The government of Pakistan Tehreek-e-Insaf (PTI) has appointed representatives of military and ISI as members of General Committee to execute action plan agreed with the Financial Action Task Force (FATF) to take action against those involved in money laundering.

Pakistan is currently under pressure of FATF to take action against money launderers. The money launderers are also believed to be involved in parking money of terrorists.

According to the final Mutual Evaluation Report of the Asia Pacific Group released in first week of October this year, Pakistan was still facing high risks of money laundering and terror financing. APG had said that Pakistan needs to improve the understanding of these risks that were also emanating from various terrorist groups operating in the country.

According to Finance Division, Pakistan is currently undertaking a challenging action plan agreed with the Financial Action Task Force (FATF) in June 2018 to bring its regime of Anti Money Laundering and Countering financing of Terrorism in line with FATF standards. Greater participation of all the stakeholders was required to ensure that commitment through the Action Plan is fulfilled.

In order to review the proposal of establishing FATF secretariat, sources told Newstodays.com that a meeting was held chaired by Prime Minister Imran Khan on October 3, 2019.They said that during a meeting, it was decided that Minister for Economic Affairs Division should be notified as member of National Executive Committee (NEC) and director general military operations and director General (C) be notified as members of General Committee (GC) under AML Act, 2010.This act provides the federal government to nominate any other member in these committees. The government has approved this proposal now to tighten nose around money launderers to implement action plan agreed with FATF.