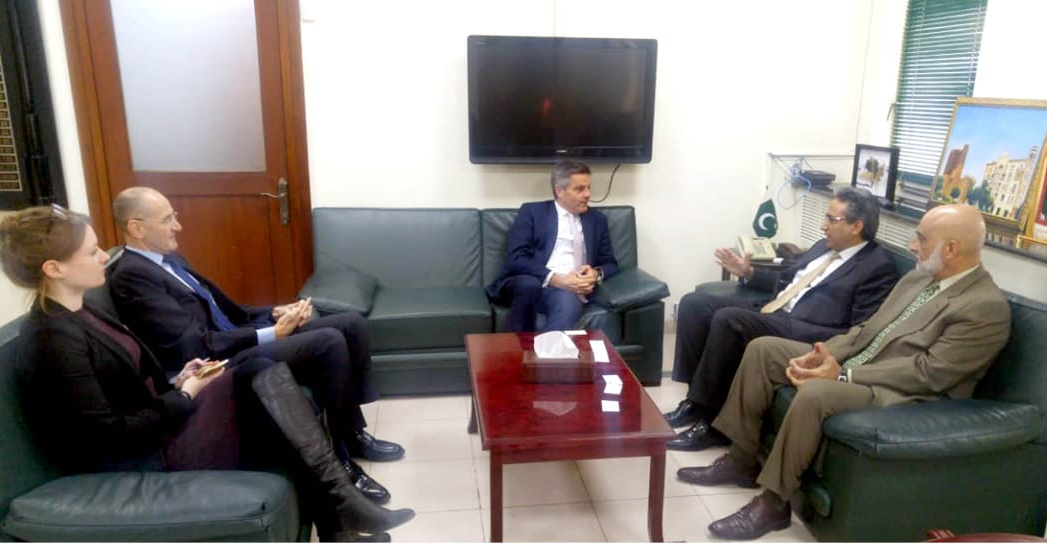 Atif Abbas
Islamabad: Government has invited British E&P companies to participate bidding round in award of blocks to explore oil and gas resources.

The SAPM hoped that British business and investors keen interest will be evinced through the E and P roadshow that is scheduled to be held in London.

The SAPM discussed incremental steps taken by the present Government to encourage renewable energy including setting practical timelines for renewable energy’s inclusion in the national grid. He also invited British investment in Pakistan’s E and P sector which will see three rounds of bidding. Mr. Nadeem Babar drew the attention of Mr. Simon Penny towards the presence of about 40 UK E and P companies that were present in Pakistan about a decade ago and how can they are enter the Pakistani opportunities through an array of these opportunities.

Mr. Penny expressed his pleasure at being in Pakistan with his team and commended the improved ease of doing business environment in the country. The improved British travel advisory, in his opinion, was a consequence of the impressive improvement in Pakistan’s security and business climate.

Mr. Simon Penny appreciated the proposals and sounded upbeat on their success. Mr. Penny is visiting the Pakistan leg of his journey as a part of visit to other Commonwealth countries. It comes as the UK seeks to bolster trade with countries in the Commonwealth post its exit from the EU.