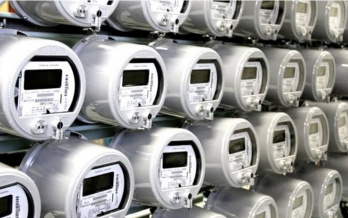 Adviser to Prime Minister on Finance and Revenue Dr Abdul Hafeez Shaikh chaired a meeting of cabinet committee on energy. Petroleum division informed that work to add 70mmcfd in SSGC system and take LNG supplies for SNGPL up to 1300mmcfd had already started. With these measures, nearly 70mmcfd gas is likely to be added to SSGC by end January, petroleum division informed the cabinet committee on energy.
The cabinet body also sought a detailed plan from the Ministry of Energy to overcome the shortage of energy and improve gas supplies throughout the year.

The instruction was given to the Ministry of Energy after it briefed the Cabinet Committee on Energy on the current situation of demand and supply of gas/RLNG, natural gas allocation and management, average gas supplies, winter load management, indigenous gas production, supplies and consumption in different regions and LNG requirement by the SNGPL/SSGC.

Earlier, the CCoE was told that due to lack of gas exploration during the last 10 years, production of gas had declined by 7 per cent while demand had risen by 5 per cent annually which had resulted in a heavy gas shortfall which stood at nearly 270mmcfd in December 2019. One of the major reasons for this upsurge is the consumption of gas in winter season, almost double than the summer, by the domestic sector which prefers to use heavily-subsidized gas as compared to other energy sources, the meeting was told.

The CCoE was further told that work to add 70mmcfd in SSGC system and take LNG supplies for SNGPL up to 1300mmcfd had already started but its implementation was hampered by grant of Right of Ways from the Government of Sindh which had granted only one so far and two more were still awaited since last summer. With these measures, nearly 70mmcfd gas is likely to be added to SSGC by end January.
The CCoE was further told that in view of 2020-21 projections showing a shortfall of 477mmcfd, the government had decided to build additional terminals and five new private terminals had been awarded in Nov 2019, while process for a dedicated pipeline of 1.2 BCFD+ required to carry imported LNG from these terminals to north, would also begin soon.

The CCoE noted that there was a need to work on contingency plans for 2020-21 to overcome the gas shortage and improve its supplies by using energy produced through gas and electricity as a whole to provide more options to energy consumers and bring in more efficiency in the system.

The CCoE also asked the Ministry of Energy to brief it in the next meeting on the current situation in power sector so that the issues and problems in both the gas and power sectors could be properly analyzed and contextualized uniformly to come up with realistic and more efficient solutions to bridge the gap between the demand and supply in the energy sector.