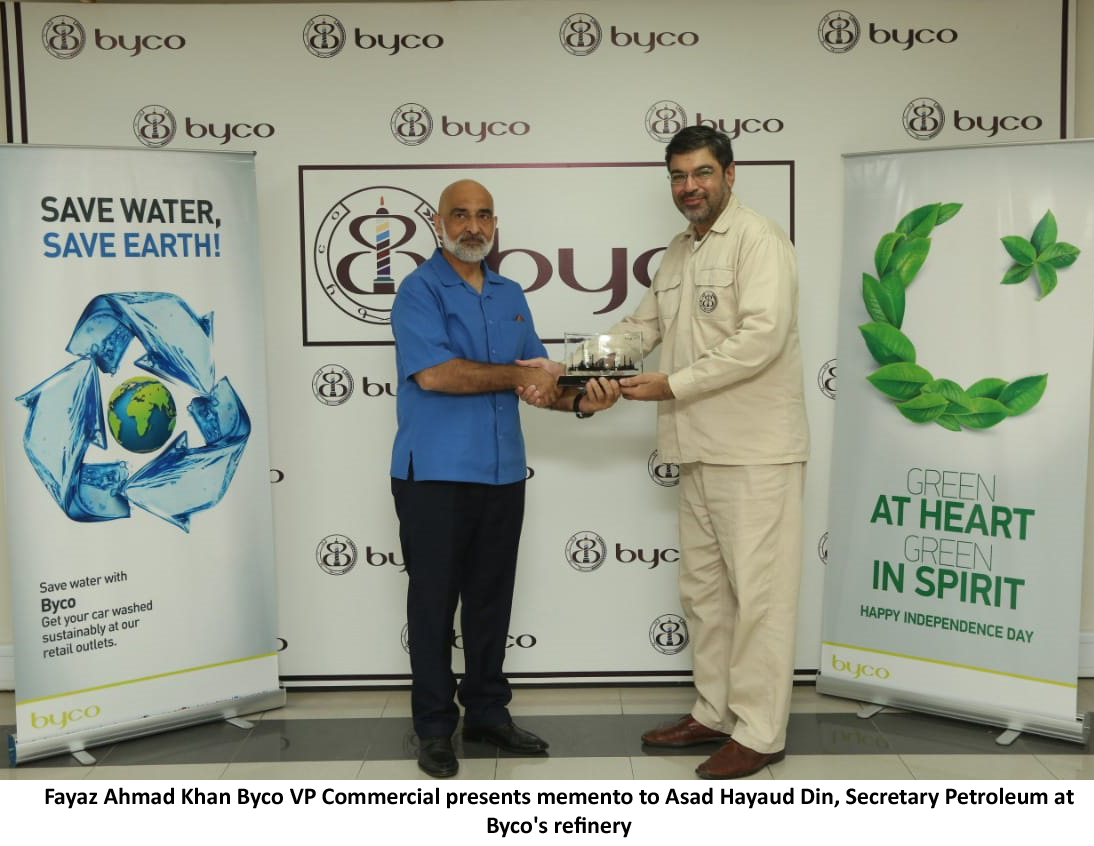 He was briefed on Byco’s operations and received an in-depth briefing on the operations of its floating port, the Single Point Mooring. The Secretary was received by Byco’s Vice President of Operations, Mr. Rashid Badruddin. The Secretary stated upon the conclusion of his visit to Byco: “I am thoroughly impressed with Byco’s management and facilities.”

Mr. Fayaz Ahmad Khan, Byco’s Vice President of Commercial, said on the occasion: “It is a great honour for Byco to receive the Secretary of the MoE’s Petroleum Division at our refinery. Byco is Pakistan’s largest oil refining company, and has nearly 400 retail outlets across the country.

Byco is the only vertically integrated petroleum firm in Pakistan. Our SPM is one-of-its-kind in the nation and Byco satisfies a significant fraction of Pakistan’s petroleum demand single-handedly. We welcome the Ministry of Energy and look forward to working together to grow Pakistan’s economy”.NT