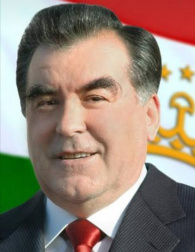 Dushanbe: various cultural events are planned in all cities and districts in honor of Independence Day, the greatest holiday in the history of the country and Tajik people.

A cultural program will be held on September 9 at 10:00 at the construction site of the Roghun Hydroelectric Power Plant (HPP) in honor of the day and the commissioning of HPP’s second unit, reported the Tajik Ministry of Culture.

In this theatrical program, artists will perform their best songs about homeland, independence, peace, unity and other national values.

On the same day, a theatrical program will be presented to residents and guests of Dushanbe at 19:00 in the Navruzgoh building.

According to the Action Plan of the Office of the Chairman of Dushanbe, on September 8, a cultural and entertainment programs and mass festivities will be held in the capital’s four districts. The day will also include informational, educational, cultural and entertainment programs, visiting veterans of labor, people in need, sports competitions, including horse racing, national wrestling ‘gushtingiri’ and other programs.

A cultural program of masters of the arts will be held for residents and guests of Muminabad district on September 10 at 18:00 at the district’s Central Stadium.

Celebrations are scheduled for September 11 at 19:00 in Kulob’s Amphitheater with a theatrical program. On this day, the best singers from all over the country will delight residents of Kulob and the surrounding areas with bewitching songs and melodies, praising unity and cohesion.
In addition, the opening ceremony of the Palace of Culture will be held in the Danghara district on September 12. A colorful concert and other entertainment programs will be presented to the district’s residents.

The Tajik people have been celebrating an important historical holiday – Independence Day for 28 years.

On September 9, 1991, the Supreme Council of Tajikistan proclaimed the country’s independence, and the world community officially recognized the young state. This day is historic and unforgettable for the whole Tajik people. An important date in the history of the Tajik people, September 9, indicates that after a thousand years, finally, the centuries-old aspirations of the people have come true, and we have regained statehood.NT