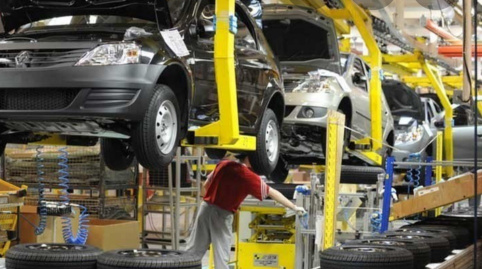 Islamabad: The government of Pakistan Tehreek-e-Insaf (PTI) has given a clean chit to a cartel of local car manufacturers allegedly involved in receiving illegal premium on delivery of vehicles.

The PML-N government had taken notice of receiving premium on delivery of vehicles and use of obsolete technology and introduced new auto policy by giving incentives to new entrants to break monopoly of existing car manufacturers. However, the PTI ministers had given a report to the Prime Minister Imran Khan saying ‘all is well’ on part of local car manufacturers. The PTI government stays away from taking any action after receiving a certificate from the car manufactures who committed to take action against the car dealers involved in receiving premium.

Officials told Newztodays.com that that demand of local cars had dropped due to increase in prices by car manufacturers following fall of local currency against dollar. These manufacturers had also cut their production as the consumers were not ready to buy new cars due to higher prices. So, these car manufacturers had offered swift delivery of cars and the report submitted to prime minister did not indicate malpractices in the past.

While ratifying the decision of Economic Coordination Committee (ECC) in its meeting held on March 20, 2019, the cabinet gave the directions that Law Minister, Minister Finance and Advisor to Prime Minister on Commerce and Industry will develop a regulatory framework including penal provisions if required within three weeks to check the illegal practice of charging car premiums by car dealers from the genuine buyers over and above the invoice price of the vehicle. In doing so, capacity and production standards of different car manufacturers and vehicle safety standards may be focused. These decisions shall be brought for the information of the cabinet after doing needful.

Following the direction of the cabinet, the minister for Law and Justice and Advisor to Prime Minister on Commerce and Industry held meetings with all the concerned stakeholders and car manufacturers operating in Pakistan-M/S Pak Suzuki Motor Co.Ltd, M/S Indus Motor Company Ltd and M/S Honda Atlas Cars (Pakistan) Ltd to understand the gravity of the issue of charging illegal premiums by car dealers.

The response backed by statistical data revealed monthly bookings along with delivery status and the existing inventory for each manufacturers, most of their vehicles were available within 60 days period, hence the practice of charging illegal car premiums by car dealers was not correct as presumed in the market. In case of delivery after 60 days period, car manufacturers had been paying late delivery charges at KIBOR+2 % to their customers. A table setting out model wise booking, inventory, delivery and latte payment charges of each manufacturer.

All the manufacturers had given a certificate that they were not charging any car premiums and all necessary administrative and legal action shall be taken against car dealers who is found to be involved in charging any money over and above invoiced amount for booked vehicles. Ministry of Industries and Production is responsible for automobile manufacturing policy and its allied operational matters. They have carried out extensive research on the subject issue in consultation with car manufacturers and informed that in their opinion there is no chaotic situation in the market in terms of delivery of vehicles.