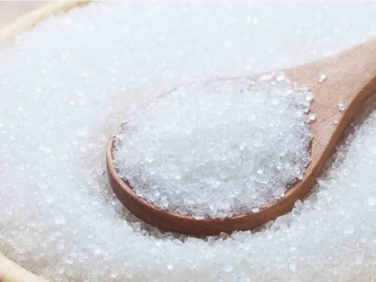 Islamabad: The government has tasked Inquiry Commission to probe the sugar millers allegedly involved into the Benami transaction through the profits earned during the sugar crisis.

Cabinet members have expressed resolve to bring the cartels, manipulating the sugar and flour market, to the book. They had suggested the Prime Minister Imran Khan that Benami transaction made by sugar millers through the profits earned during sugar crisis.

During the meeting of cabinet, it was informed that cartels were involved in manipulating the sugar and flour market that should be brought to the book.

Interior Division informed the cabinet that in order to probe into increase of sugar price, a committee headed by Director General Federal Investigation Agency (FIA) was formed by the Prime Minister which comprised of representatives of Intelligence Bureau (IB) and Director General Anti-Corruption Punjab.

The Committee was tasked to identify and fix responsibility, if any, on any individual/officer/organization, including any purported benefit to a private party, besides suggesting a way forward for future course of action.

The Director General, FIA submitted a preliminary report wherein the committee during the course of proceedings collected information from different Federal  and  Provincial   Government  Departments, Pakistan Sugar Milk Association and other stakeholders for providing answers to the questions on the TORs of the committee.

The Director General FIA suggested  that  on  the  basis  of information collected from different sources the committee was able to form a reasonable picture of the possible ways in which the malpractices in sugar sector could be used to hide the real production and possible ways of concealing the record of the sales. In order to ascertain the factors responsible for manipulation of  the  market  price  further verification was required through forensic audit and physical stock taking of few selected mills.

This Commission will also be empowered under section 10 (b) of the Act ibid to constitute special teams consisting of officers from executive authorities and experts in specific fields, for the purposes of assisting the Commission in conducting an inquiry. The special teams shall have such power as may be prescribed under this Act.

Interior Division sought the approval of the Cabinet.

The Cabinet considered the summary titled ‘Constitution’ of Inquiry Commission to Probe into the Increase in Sugar Prices’ dated 10th March, 2020, submitted by Interior Division and approved the proposal.