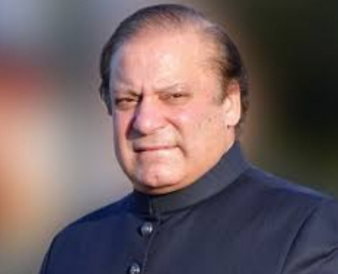 Islamabad:The government of Pakistan Tehreek-e-Insaf (PTI) has referred a case of former rulers including Nawaz and Zardari to Inquiry Commission on Debt to probe lavish spending on foreign trips, security and medical treatments.

Inquiry Commission on Debt will look into unauthorized expenditure incurred on camp offices, security, foreign visits, unjustified use of official airplanes and use of public resources by families of former heads of state and heads government during 2008-2018.

Sources told Newztodays.com that the government has also directed all ministries and divisions to verify their own record and identify such spending pertaining to their divisions and ministries and inform commission of Inquiry on Debt for further action. Aviation Division will also put up details of lost business opportunities due to use of Pakistan International Airplanes during 2008-2018.

The decision was taken in a meeting of cabinet chaired by Prime Minister Imran Khan on July 16.

The cabinet was informed that the huge amount of public funds had been spent on maintaining camp offices at various places and on the security. Profuse spending of public money on security, maintenance of private places and travelling was unanimously condemned.

The cabinet was of the considered view that such wasteful expenditure needs a thorough probe at appropriate level and public funds used without any lawful authority should be retrieved from the beneficiaries. So, cabinet decided to refer the issue to the Inquiry Commission on Debt to investigate the issue.

According to details submitted to cabinet, an amount of Rs245 million was spent on the security of former prime minister Yousuf Raza Gillani’s five camp offices out of which three were located in Lahore and two in Multan.

Former president Asif Ali Zardari also spent Rs3.164 billion on his personal security and entertainment. As many as over 650 law enforcement personnel were deployed to maintain his security at the time when he was not even the president.

Former President Asif Ali Zardari had spent Rs 1.42 billion on 134 foreign visits during 2008 to 2013. He remained out of country for 257 days and was accompanied by 3227 delegation members.

Former premier Nawaz Sharif spent $460,000 on his official tour to the United States during 2015. In 2016, Nawaz underwent a medical treatment in London and spent 327,000 pounds from the public exchequer. A special PIA flight was used for his arrival and departure.

Former Prime Minister Mian Nawaz Sharif spent Rs 1.83 billon on 92 foreign trips during his stay in government during 2013 to 2017. During these years, he remained abroad for 262 days and was accompanied by 3227 delegation members. In 2013, he spent Rs 219.6 million on 14 foreign trips and remained 40 days out of country. He was accompanied by 245 delegation members.