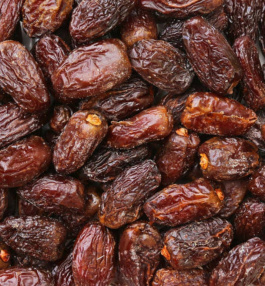 Islamabad: The shipments of Pakistani dried dates lying at Attari check post since February 2019,have been finally allowed for re-export to Pakistan by Indian Customs.

According to a press release issued by the Commerce Division, due to the imposition of 200% duty by India on Pakistani products on February, 16 2019, the shipments, which had already arrived at Attari got stuck up at the port because the importers refused to get those cleared at high duties. Since 96% of the dried dates exports from Pakistan were meant for Indian market, the duty hike by India created a challenging situation for export of dates, in turn, adversely affecting the dates farmers.

Secretary Commerce, Sardar Ahmed Nawaz Sukhera chaired a consultative session with the stakeholders in Karachi, followed by a meeting chaired by the Commerce Adviser, Mr. Abdul Razak Dawood in Islamabad,immediately before the Eid holidays,to devise an action plan for clearance of the shipments held at Attari, offloading of around 150,000 bags of unsold stocks of dried dates from the old crop, devising marketing strategy for the upcoming crop in July-August, and long-term plan for market and product diversification.

PHDEC was tasked by the Ministry to take the lead in the matter.After a concerted follow up by the PHDEC and litigation by the affected exporters and Indian importers, the Indian Customs Authorities have finally allowed re-export of the consignments to Pakistan. For the disposal of the unsold stocks of old crop and marketing for the upcoming season,the PHDEC is organizing an 8-10 member delegation of dried dates exporters from Sukkur and Khairpur to visit Sri Lanka, Bangladesh and Nepalin July. A detailed long-termstrategy of product diversification from dried to fresh dates and market diversification to minimize dependence on Indian market of dried dates has been devised and will be implemented during the coming months.NT