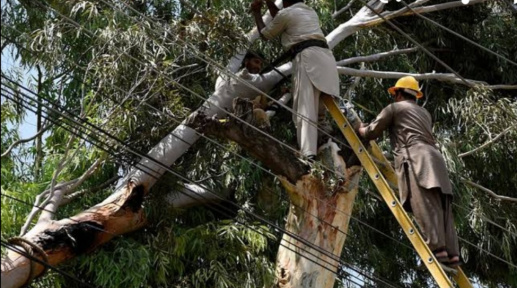 The Nepra Industry Report 2018 revealed that 879 were electrocuted in jurisdiction of all state-owned power distribution companies. However, these companies failed to report these electrocutions to the power regulator Nepra.

‘Tell us what actions have been taken against those involved in electrocution in all power distribution companies in line with the prescribed rules, chairman the Standing Committee on Cabinet Secretariat Senator Talha Mehmood said during a meeting held here.

Chairman parliamentary body said that Nepra had misguided the committee to some extent level regarding electrocution in KE. He said that there had been lot of causalities in other areas like Hyderabad and Lahore where KE was not operating. He said that impression was given as KE had been involved in massive electrocution. The committee chairman expressed serious concerns over absence of Chairman Nepra and warned to move a case to privilege committee.

Chairman board of directors of KE Ikram Sehgal informed the committee that Nepra in its report had recommended the government to privatize all public sector entities to follow KE because it performed better.He said that 40 per cent urban area of Karachi was unplanned and there were garbage and rains issues. ‘Garbage, water and internet cable on electric poles are major issues in Karachi and therefore it should be shared responsibility of all regarding causalities, he added.

Amer Zia, Chief Distribution Officer K-Electric told the committee that the majority of the unfortunate incidents that took place during recent urban flooding situation in Karachi occurred inside homes and buildings either because of faulty wiring or the unsafe use of electrical appliances, which is out of KE’s control. He also said that cable TV and Internet wires and illegal kundas on electricity poles were the underlying cause behind most of the incidents which occurred during the recent rains.

He said that KE removed illegal connections and more than 200,000 kg of kundas have been removed in the last six months alone.According to NEPRA’s state of Industry Report 2018, KE has one of the lowest ratios of electrocution incidents across all DISCOs.  According to KE an independent audit is also being conducted to make the electricity infrastructure even more safe and secure. USD 2.1 billion has been invested by KE in Karachi’s power infrastructure since 2009, including PKR 50 billion in transmission and distribution in the last three years alone.

The committee also considered ‘The Regulation of Genration, Transmission and Distribution of Electric Power (Amendment) Bill 2019 moved by Senator Raza Rabbani in the senate.During the meeting, Senator Raza Rubbani said that provinces should be given power to appoint members Nepra.At present, Provinces recommend a name and federal government appoints members after due diligence in line with set mechanism.