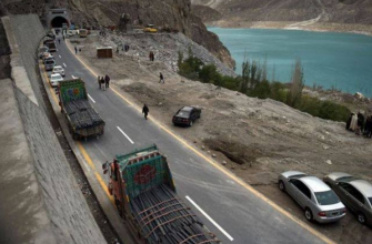 Islamabad: The Prime Minister Imran Khan is set to announce a development package for Balochistan province to address its sense of deprivation to safeguard projects under China-Pak Economic Corridor (CPEC).

China has been voicing concerns over security relating to CPEC projects. The militant organizations in Balochistan have been a threat to China-Pak Economic Corridor (CPEC).Pakistan and China are working under second phase of industrialization and security issues may hinder progress.

Prime Minister Imran had chaired a high level meeting in this regard and said that under CPEC and other initiatives of the present government, huge foreign investment would be coming to Pakistan which will create job opportunities in all sector of the economy. Prime Minister emphasized that concerted efforts should be made to safeguard the interests of the local population in all projects.

Perspective of the residents of the province, their fears about fall out of development initiatives and possible remedies were also discussed in the meeting. It was also emphasized that in addition to development in social sector, focus of the government should remain on skill up-gradation of the youth and ensuring that local residents get preference in employment opportunities.

It was stressed that while tapping natural resources, a mechanism needs to be developed in which areas where such resources are found, have a greater share in potential dividends. Need was felt for developing a need based comprehensive plan for overall development of the provinces so as to address its sense of deprivation.

It was also pointed out that western route of CPEC should be used as a platform to connect the disconnected areas of provinces so as to pave way for its socio-economic development. It was also felt that in order to address the social economic concerns, a political strategy is needed to protect the demographic and economic interests of the province.