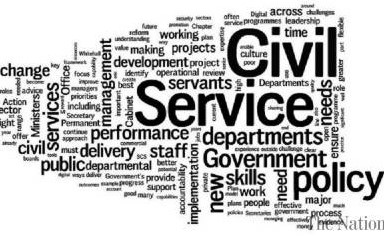 Dr. Ishrat Husain is currently Advisor to the Prime Minister on Institutional Reforms and Austerity with the status of Federal Minister.He has been working to bring reform in bureaucracy to boost performance of civil servants.

However, policy makers have expressed fear that federal bureaucracy would scuttle the initiative of civil reform agenda.

They have expressed apprehension over the deliberations by the secretaries committee on civil service reforms and it was fretted that the forum would scuttle the initiative.

Cabinet secretary Ahmad Nawaz Sukhera clarified that secretaries committee was constituted under the rules of business 1973 to discuss matters referred to it by a division, a minister or the prime minister in which the experience and collective wisdom of the senior officers could be accessed to the benefit of the subject under considerations.

Being stakeholders of the system, improving governance and service delivery was in the interest of civil bureaucracy as well. The cabinet secretary further assured that the federal bureaucracy was fully committed to carry forward the reform agenda and encouragement from the government will further boost the morale of the civil bureaucracy.