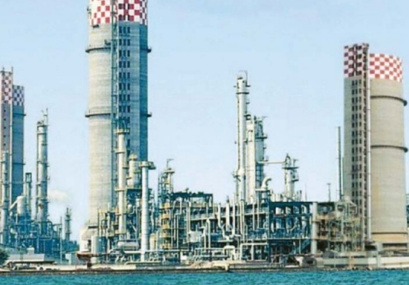 Islamabad: The government has notified reduction in rate Gas Infrastructure Development Cess (GIDC) on gas consumed by fertilizer manufacturers to provide relief to the farmers.

According to notification issued by Ministry of Energy Petroleum Division, the GIDC rate has been reduced from Rs 400 to Rs 5 per bag. Earlier, the government had imposed GIDC worth Rs300 per mmbtu and Rs150 per mmbtu respectively on feed stock and fuel stock on gas to be consumed by fertilizer manufacturers.

The prices of urea had been increased around Rs 210 per bag due to increase in gas prices by Pakistan Tehreek-e-Insaf (PTI) in July 2019 in order to meet pre-conditions of IMF program. Knowing the fact that gas price hike for fertilizer sector will increase the cost to the farmers in current inflationary environment where living cost is also going up and income is on declining side due to lower yields for major cash crops as witnessed in Cotton and Rice crop.

Industry officials say that the government in its effort to appease farmers, has decided to reduce Gas Infrastructure Development Cess (GIDC), claiming impact of around Rs 400 per bag of Urea. However, the benefit is less likely to reach the farmers in view of the rumours of gas price increase in the offing.Amid reports of increasing gas prices, reduction in GIDC is likely to have only impact of only Rs 120 per bag impact on urea prices.

In 2012, Pakistan Peoples Party (PPP) has introduced GIDC surcharge on different industries using gas a source of energy or raw material for manufacturing of their products. The GIDC was imposed to generate funds to build pipeline projects like IP, TAPI and LNG. But GIDC Act was challenged in different courts and companies obtained stay order from Courts and stopped paying GIDC.

However, in 2015 Pakistan Muslim League (N) (PMLN) had introduced GIDC Act 2015 and reinforced GIDC surcharge on different sectors. Both governments have stated that the main objective of GIDC collection is to generate funds required for the expansion of transmission and distribution network. In August 2019 PTI Government had introduced GIDC amendment Act 2019 in order to waive off 50 per cent GIDC outstanding that sparked controversy and it was withdrawn due to public pressure.