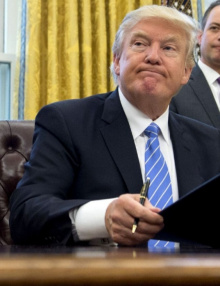 United States of America (USA) has been using international financial organizations especially financial institutions for promoting their own interests and pressing countries which do not agree American’s policy.

Financial Action Task Force (FATF) is another tool being used by USA to press different countries dictate its policies.  Almost every time Washington is the main state which initiates action against the country by placing them either in grey or black list. This tool is used against those who usually do not follow American’s view. For example Iran and North Korea are in black list. Pakistan is on a grey list because Pakistan has not been following the way of American policy including the Afghan issue.

USA uses IMF and World Bank as well to achieve their goals. They (USA) have been blocking bank account of foreign countries and their leaders to press them. According to reports, Iranian frozen assets in international accounts have been estimated between $100 billion to $120 billion. Around $1.973 billion of Iran’s assets are said to be frozen in the United States.

According to the Congressional Research Service, in addition to the money locked up in foreign bank accounts, Iran’s frozen assets include real estate and other property. The estimated value of Iran’s real estate in the U.S. and their accumulated rent has been identified at $50 million.

Barack Obama administration had also blocked $30bn (£18.45bn) in assets held by Libyan leader Muammar Gaddafi and his officials. This action was taken to teach a lesson to leaders to isolate the Libyan regime for launching crackdown on protesters.

Despite being allied country of USA, Pakistan had also faced sanctions. Pakistan had responded to India’s nuclear tests in 1998 and conducted underground nuclear tests. Within hours, then Prime Minister Nawaz Sharif had declared his country a ”nuclear power.  In May 1998, President Clinton immediately announced to impose trade sanctions on Pakistan. Pakistan also lost $2 billion worth of lending by the International Monetary Fund.

So, this is new world order, USA is not a reliable partner. In this cold war era, USA wants to maintain its supremacy in the world. It has different tools to use it at different times. Sometimes, it imposes sanctions as it had imposed against Pakistan in past. At present, Russia, Iran, North Korea and Venezuela are facing sanctions. It uses tool of IMF and World Bank against developing countries like Pakistan.

The other tool is a currency like dollar that is used against different countries. Under a deal with IMF, Pakistan was forced to allow free market to dollar. The affects are evident, there is flood of inflation and company like Shell had declared its loss in its 70-year history in Pakistan. In addition to it, different countries facing US sanctions cannot trade with different countries as foreign banks have been reluctant to allow transaction.

Now different countries facing sanctions are trying to break the monopoly of USA currency dollar. They are signing currency swap agreements. SCO, a block dominated by Russia and China is also working on future plans to break monopoly of the USA. They have also plans to introduce a currency for member countries to trade. So, crisis created by USA would provide opportunity to the countries to find out new ways of living in this world.