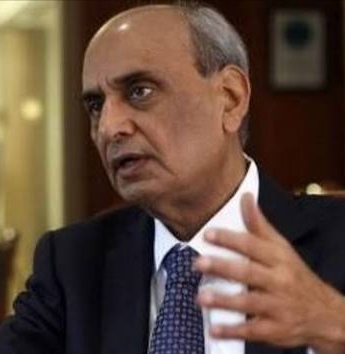 Islamabad: National Accountability Bureau (NAB) has initiated a probe against the power plants owned by Pakistan,s billionaire Mian Muhammad Mansha over making billions due to higher rate of return.

Senator Nauman Wazir said in a meeting of senate committee on power held on Wednesday that the case of power plants owned by Mian Mansha had landed in NAB.

He said that guaranteed rate of return was given 17 per cent to Independent Power Plants (IPPs) but according to balance sheet of power plants, they were receiving 40 per cent rate of return. He said that case of Mian Mansha,s power plants had gone to NAB for investigation. He further said that government should initiate probe National Electric Power Regulatory Authority (Nepra) for allowing different cost for different projects. The cost of some projects has been allowed at $0.5 million per MW, some $1 million and some projects at US$1.5 million, he said.

He said that power producers had given manipulated figures about the consumption of fuel during time of submitting business plan to the government. These power plants were not receiving money according to heat rate and therefore were making exorbitant rate of return.

He claimed that power producers were receiving Rs 422 billion per annum on account of capacity payments due to faulty agreements without generating electricity. He suggested that government should ink agreement without condition of capacity charges and power plants should receive money for the electricity they generate.

The sub body of senate committee on power also submitted its report on Lakhra power plant. While briefing the committee the senator Nauman Wazir said that it was only plant installed on locally produced coal. He said that machinery of Lakhra power plant was installed in 1997 but the locally produced coal did not match the specification. He said that power plant was not shut down as per schedule for proper maintenance purpose which also led to problems. He said that 6000-7000 local manpower had been engaged in coal mining to run this project. He further said that coal mine had proven reserves of coal for next 55 years to operate this plant.

He further said that they had also held meetings with investors like Fauji Foundation who were ready to invest in this power plant. He said that existing capacity of this power plant was 150 Megawatt (MW) which could be enhanced to 650 MW. He said that plant could resume operations with investment of US$30 million in next three months. He added that it would require US$250 to US$300 million investment to increase its capacity to 650 MW. He further said that its electricity generation cost was Rs4.75 per unit and sub-committee proposed reversed bidding of this project to resume operations.NT