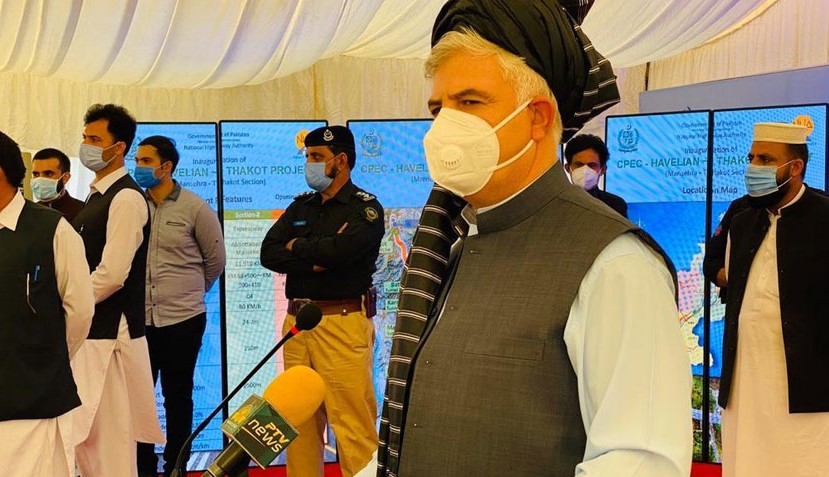 The Chief Minister of Khyber Pakhtunkhwa, Mahmood Khan has inaugurated the Havelian-Thakot section of Hazara Motorway in Havelian on Wednesday.

The Cheif Minister said several projects of road infrastructure are in progress including Swat Expressway.

According to media reports, one hundred and eighteen-kilometer long Hazara motorway has been completed at a cost of more than one hundred and thirty-three billion rupees.