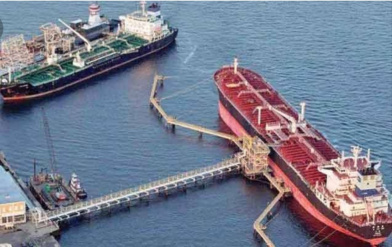 Islamabad: Despite facing financial crisis following rising circular debt, the state-run Pakistan State Oil (PSO) is trapped in another crisis as it rushes to award contracts of furnace oil despite low demand by power sector.

Sources told Newztodays.com that demand of furnace oil by Independent Power Producers (IPPs) had declined and they were consuming half of demand projected by the government. The demand of furnace oil by K-Electric had also dropped for month of May to July. However, state-run PSO had rushed to award contracts of dirty fuel while ignoring option of availing option of import on deferred payment through government to government arrangement.

The cabinet committee on Energy had granted approval to import around 350,000 metric tons by Pakistan State Oil (PSO) in order to cater for the furnace oil demand placed by Power division and K-Electric (KE) for the period of April to August 2019. PSO had initiated tendering process and two cargoes of 70,000 metric tons each had already been awarded due to lower demand of furnace oil in power sector.

Officials said that Independent Power Producers (IPPs) had consumed around 3180 metric tons per day against their demand of 6,195 metric tons per day during April 2019 for plants’ operations. Similarly, furnace oil consumed by K-Electric was also on the lower side against its demand. Further K Electric had reduced its projected demand for the months of May to July 2019.Moreover, PSO’s financial position was also poor due to rising circular debt.

Despite all, PSO seems to be in a hurry to award contract of furnace oil that would put burden on dollar starved country that is going to avail IMF bailout package to boost foreign exchange reserves.

The country is already facing dollar crisis that had taken its flight. ‘One wonders how PSO would make payment in dollar in such a situation when there is no dollar in country, an official commented.

They had dropped production by using less locally produced crude oil. The local oil and gas production had to drop their production of crude oil that also resulted in reducing supply of gas leading to gas crisis in the country.

The PTI government had sacked several heads of gas companies rather than focusing on key issue of drop in indigenous gas production followed by refineries’ tactics to reduce use of locally produced crude oil.

The oil mafia is so powerful in the country that it may force the government to change policies, officials said adding that power consumers will be burdened with high tariff on account of fuel adjustment due to use of dirty fuel in power plants.

The oil traders are winner in the entire saga of furnace oil import, official added. The world has abandoned use of furnace oil in power sector and modern refineries have been set up which have converter plants that convert furnace oil into products like petrol and diesel. But in Pakistan oil mafia is powerful and they are not ready to invest but they are making money, officials added.