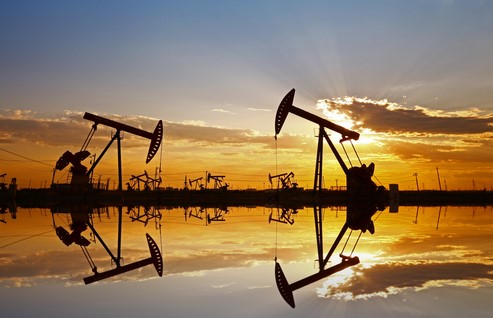 Aftab Ahmed
Islamabad: The National Accountability Bureau (NAB) has started an inquiry against the top officials in the Petroleum Division of Ministry of Energy for misusing the authority and loss to the national exchequer in different cases relating to the oil and gas exploration sector along with importing and production of gas.

The NAB, an apex anti-corruption body in the country has accused secretary petroleum, Mian Asad Hayauddin along with other senior officials of directorate of Petroleum Concession and the management of state-run oil & gas monopoly—OGDCL and other local E & P companies operating in Sindh and Punjab, said a letter of the NAB addressed to Petroleum Division. A three-page letter of the NAB under the subject, “Provision of information U/S 19 of NAO, 1999—Inquiry on allegation of causing loss to national exchequer and misuse of authority by public office holders, public functionaries of Ministry of Petroleum & Natural Resources, DG PC (Petroleum Concession), OGDCL and Others in the matters of Production of Gas, Undue benefit to M/s Engro LNG Terminal Pvt Ltd (EETPL) , UFG issues and illegal appointments by directing the Division to furnish the information for the marginal/stranded field—gas pricing criteria 2013 and CVs along with work experience of the officials of PC particularly Imran Ahmed and Ishaq Saki.

The NAB also inquired about the questionable approval of inclusion of the past cost to M/s PEL on Badin-IV South Field in Sindh and also the provision of gas sale & purchase agreement between SSGC and M/s PEL regarding Badin-IV South Field along with all payments made to third party in this particular field.

Anti-Corruption watch-dog also ordered a complete correspondence between the management of M/s PEL and DG, PC of Petroleum over Badin-IV South Filed. Finally, it also sought information on the current status of award of blocks in area of Cholistan (Bahawalpur/Bahawalnagar) to M/s Dewan Petroleum (Pvt) Ltd and also reasons for stoppage of work in the area.

It is interesting to mention that two former secretaries of petroleum are already facing NAB inquiries of similar nature where another ex-secretary petroleum is state witness in another case against former federal minister for petroleum.

The NAB also directed the Ministry to give a detailed briefing on E&P companies working in Pakistan for indigenous production of oil and gas and also the chart of pricing paid to LNG supplies along with benefits derived from E&P companies in the form of royalty, CSR and other as comparison with LNG.