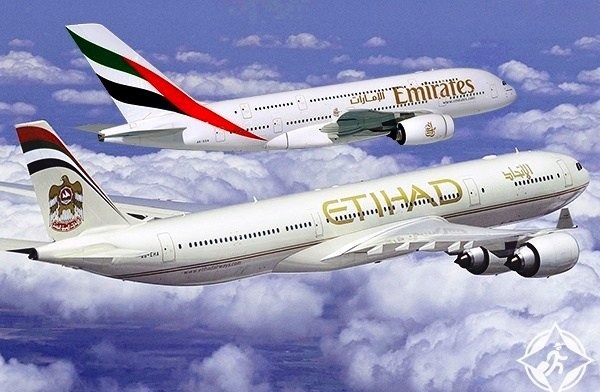 Islamabad: In a response to multi-billion dollar investment framework agreement with Pakistan, the United Arab Emirates (UAE) has come up with a demand to allow more routes for domestic and international flights to her two state run airlines—Emirates and Etihad, a final nail in coffin of the bleeding National Flag Carrier—PIA.

This is one of the conditions attached with US$20 billion investment by UAE before the signing of investment agreement, an official familiar with the development told NEWZTODAYS.

Secretary Board of Investment (BoI) Ahmed Nawaz Khan Sukhera when asked to comment on the conditions attached with this multi-billion dollar agreement between Pakistan and UAE, he simply replied that Ministry of Finance would be in better position to reply on it but spokesman of Ministry of Finance, Dr Khaqan Najeeb refused to comment on the issue.

The UAE authorities have asked their Pakistani counterparts to give more flight operations on international routes for their two state run airlines—Emirates & Etihad—particularly from Karachi and Islamabad. Besides the existing flight operations of two UAE airliners, they wanted seven additional flights from Karachi to foreign destination and five A-380 bound flights from Islamabad, the same officials requesting anonymity told this correspondent.

It is worth mentioning that out of two UAE airlines operating from Pakistan’s various stations, only Emirates had 61 flights per week and Emirates reduced flights from 61 to 42 from Peshawar, Lahore, Karachi and Islamabad whereas Flydubai—another subsidy of UAE government is only operating from Multan and Quetta but planning to maximize its operations from other cities as well.

An official in the Aviation Division told this correspondent that Emirates Airlines had reduced operations because of upgrading airports in UAE, but they temporarily cut the operations for this own reason, and they will resume full operations when the upgradation of airports in UAE is completed.

The Pakistan International Airlines (PIA) is already sharing flight codes with foreign airlines operating from Pakistan and this flight code sharing with foreign airlines is adding more financial woes, another official of Aviation told this scribe. With allocation of additional international routes to UAE’s state airlines will be final nail in the coffins of PIA and allowing Emirates & Etihad Airlines also to operate on domestic flights will definitely reduce the profitable routes of PIA, he lamented.

On the direction of Supreme Court of Pakistan, the Auditor General of Pakistan (AGP) report said that accumulated losses of Pakistan International Airlines Corporation (PIAC) up to December 31, 2017 were Rs 360.117 billion while these were Rs 72.353 billion on December 31, 2008.

The current operational losses of PIA are at Rs 3 billion per month whereas the accumulated losses have risen to Rs 431 billion, and loans/borrowings have touched Rs248 billion.

Prime Minister Imran Khan has recently approved in principally the restructuring plan of the PIA and tasked the newly appointed CEO, Air Marshal Arshad Malik to present a new strategic business plan by March. Aviation Ministry is also working on new aviation policy and it would be launched in February.

A former official of PIA when asked to comment on handing over profitable international and domestic routes to Emaratis Airlines, said: he can’t believe this as PIA has recently published an advertisement for leasing of four aircrafts to its fleet and on the other side policymakers are considering to permit Emirates and Etihad Airlines for additional international and domestic flights.