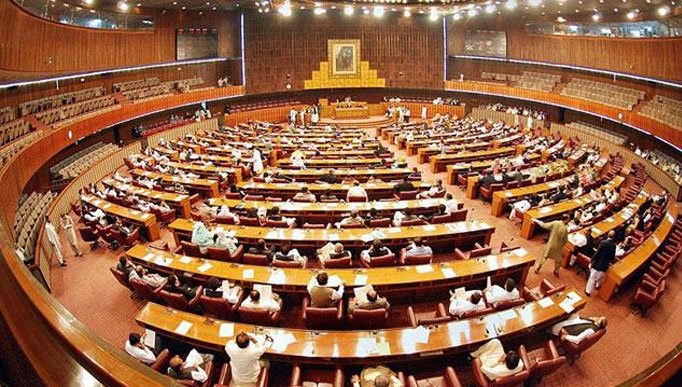 Islamabad: The National Assembly of Pakistan approved the Finance Bill 2020, giving legal effect to the budgetary proposals for next fiscal year. It was moved by Minister for Industries and Production Hammad Azhar. The amendments proposed by the Opposition in the Finance Bill, 2020 were rejected by the House.

Taking the floor on Monday, Minister for Industries, Hammad Azhar said the government has presented a tax free budget and it envisages relief measures not only for the construction sector but also for promotion of mobile phone manufacturing and electric vehicles. He said duties and taxes on import of sixteen hundred raw materials have been brought to zero and it is the first time that the annual development plan carries the biggest allocations for Balochistan and Sindh.

According to media reports, Hammad Azhasr clarified that the government has not increased the sales tax or petroleum development levy on petroleum products. He said their prices have been increased keeping in view the upward trend in the international oil market. He said mafias in oil, sugar and flour will be brought to justice.