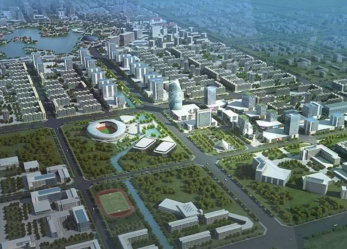 Islamabad: Pakistan and China are working on a plan to declare Gwadar city as Pakistan,s first emission free city.

Two sides have decided to take measures in different sector to make Gwadar emission free city of Pakistan. Under a plan, different steps would be taken in areas of forestry and biodiversity conversation. Under this initiative, Prime Minister Imran Khan has already launched a countrywide drive here to plant 10 billion trees across the country. The target will be achieved within five years to counter challenges of global warming and deforestation. Under this drive, trees will be planted in area of Gwadar to counter climate issues.

In second category, Pakistan and China would also focus on tourism sector. Different steps would be taken to build resorts to attract tourists. The government has already announced new visa policy to grant visas to tourists on arrivals. This is why, tourism is part of initiatives to make Gwadar city emission free, an official told Newztodays.com.

Thirdly, energy sector would also be focused. Pakistan and China would focus on renewable energy sector and wind and solar resources would be given priority to generate electricity. The government has already decided to increase share of renewable energy from existing 4 to 30 per cent in coming years. The major focus would also be on urban environment and measures would be adopted to control pollution. They will also take initiatives for sustainable transportation and disaster risk reduction.