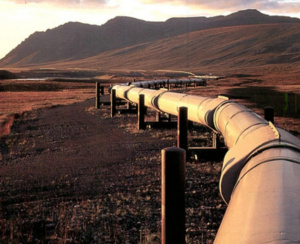 Sources told Newztodays.com that one key cabinet member had raised this issue in a high level meeting chaired by Prime Minister Imran Khan.

Tensions between two nuclear-armed countries, India and Pakistan, had heightened when Indian military planes had violated the Line of Control (LoC) following which “Pakistan Air Force immediately scrambled” and Indian aircraft went back on February 25 this year.

The tension between two countries still continues as Pakistan puts ban on airspace for Indian flights till May 30.Pakistan is awaiting for the results Indian polls because misadventure by India was termed as stunt by Indian Prime Minister Modi to win elections. Following tensions between Pakistan and India, some quarters were of the view that this project could hit snags. However, officials believed that tension between two countries would normalize after polls in India.

In such situation, some quarters in government are of the view that India may pull out of TAPI pipeline project, an official said. However, amid such situation, Pakistan had inked heads of terms of Host Agreement with Turkmenistan in March this year.

TAPI gas pipeline project aims to bring natural gas from the Galkynish and adjacent gas fields in Turkmenistan to Afghanistan, Pakistan and India. In order to strengthen the common understanding made by TAPI parties and further to implement the project, Inter Governmental Agreement and gas pipeline framework agreement (GPFA) were executed on December 11, 2010. PGFA has provided certain protections and facilitation to the project company TAPI for the execution and implementation of the project.

Economic Coordination Committee (ECC) approved the execution of the TAPI shareholders agreement (SHA) and Investment Agreement (IA) thereby contributing 5 per cent of the equity share in the project company-TAPI Pipeline Company Limited (TPCL), incorporated by four TAPI parties to implement the TAPI gas pipeline project. Stone laying of the ceremony of the project was held in Turkmenistan on December 30, 2015.

Following the execution of the TAPI shareholders Agreement (SHA) and Investment Agreement (IA), TPCL had completed the Front End Engineering Design and feasibility study of the project. The procurement process to award the Long Lead Items and Engineering, Procurement and Construction Contracts is also at the final stage. To fund the project, TPCL had also engaged with multilateral development agencies, export credit agencies and commercial bank for the final close expected to be finalized by June 2019.

The HGA would authorize the TAPI pipeline company to implement and operate Pakistan segment of the TAPI project for next 25 years. In this regard, government of Pakistan and its authorities would allow certain concessions and permission to Tapi Company including travel concessions converging visas and permits, opening branch office in Pakistan, investment protection, facilitation to grant authority permissions covering licenses, approval, NOC etc.

Pakistan will also facilitate implementation of the project, no gas diversion commitment, pipeline capacity and tariff payment, obligation to engage local contractors, security, provision of land, authorization to remit foreign currency, security protocol/agreement, taxes, change of law protection. After detailed deliberation between the parties, heads of terms of the HGA had been finalized by the parties. Pakistan and Turkmenistan have signed heads of terms of Host Government Agreement (HGA) in Islamabad. Subsequent to this development, full version of the HGA was being developed and negotiated now. The agreed draft would be tabled before cabinet for formal approval.