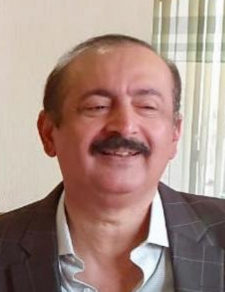 Grounds for a Great War, possibly a Third World War, are being laid very systematically, by India, Israel, and the Western Secular world.

The strategic situation that has now developed after the brutal Indian annexation of Kashmir and the Afghan peace talk failure has all the signs to escalate out of all proportions. Pakistan is being bated and trapped. Pakistan needs to tread the situation very carefully, because one false step and the consequences for Pakistan can be horrific.

The geostrategic situation that Pakistan now finds her in is as follows:

Indian Annexation of Kashmir – Indian blatant aggression in Kashmir through its illegal annexation are grounds enough for triggering a full scale war between India and Pakistan. But who are Indian supporters? It is quite clear that President Trump and the US probably gave a green light to India to start this confrontation that has all the markings to escalate into a catastrophic war.

Afghan Peace Talks Failure – In the Afghan peace talks, one can now surmise that the American negotiations were not sincere at all. The US was buying time to establish a stronger position in Afghanistan while it indulged in strategic talks with the Taliban. The objective was to infiltrate Afghanistan with ISIS, or Dahesh, or Blackwater, or Boko-Haram proxy armies (all these outfits are proxy armies of the Anglo-American-Israeli alliance).

Yemen War Escalation into Saudi Arabia – We are now told that highly sophisticated drones flew out from Yemen and destroyed the Saudi Oil fields, causing the Saudi oil output to drop half of its original capacity. If this is not a false flag operation, than nothing else can be. Whom are they fooling? Yemen has no drones let alone capability to fly 1000km of Saudi territory to destroy the oil fields.

Israeli Annexation Plan for West Bank – Israel has now publicly stated for the first time that it plans to annex the West Bank or parts thereof. That is initial feelers have been quietly disclosed by Israel, that the time is not far off when Israel will start its greater Israel plan, by capturing and annexing additional Arab territories.

American Aircraft Carriers in the Persian Gulf and the Arabian see – Pakistan not only has to contend itself with the Indian belligerence in Kashmir and the former LOC, the ISIS-Dahesh-Blackwater proxy armies in Afghanistan, but also the American aircraft carriers with hundreds of planes and missiles in and around the Arabian see.

Pakistan’s Internal Enemies – When history is written in the future, historians will marvel at Pakistan for treating its internal enemies with a kid’s glove approach. Nawaz Sharif, Zardari, Maryam Safdar, Bilawal Zardari, Achakzai, Maulana Fazlulrehman, Wali family and Pashteen in Khyber-Pakhtunkhwa are all mortal enemies of Pakistan. This is quite clear how all these nefarious individuals looted Pakistan. It is also quite clear that these individuals had contacts and dealings with enemy states of Pakistan. Yet, Pakistan has not taken any concrete or significant actions against these individuals. These traitors deserve nothing short of the firing squad. Sooner Pakistan realizes this the better.

In summary, ground has been systematically laid very carefully and through great planning by India and the Anglo-American-Israeli axis how to trap Pakistan from both the Western border and the Eastern border. Their initial objective is to defang Pakistan and strip it of its Nuclear capability.

Second objective is to encircle China by depriving China and Pakistan of CPEC. Pakistan and China are fully aware, that once Pakistan loses its nuclear capability, and the CPEC corridor is eliminated, both India and Israel will play havoc with the remaining Muslim World. Israel will establish a greater Israel by destroying any remaining remnants of the Arabs. And, India will establish its Akhund Bharat by committing its hegemony and genocide of the Muslims of South Asia and Central Asia.

In other words, Pakistan must establish defense pacts with China, Russia, Turkey, Iran, Malaysia, and Indonesia at the first opportunity before tackling Indian annexation of Kashmir. Pakistan must imprison and hang all the internal enemies of Pakistan without any further delay.

Pakistan cannot and must not fail..!!

The writer is former federal minister and  Managing Director PIA