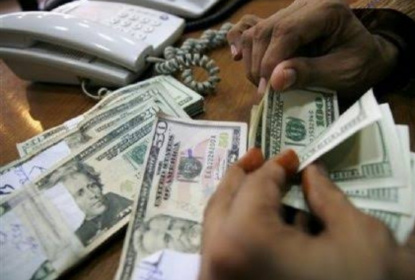 The United States (US) is said to control world economies by manipulating its currency, the dollar. All energy rich countries are under threat of US and facing either sanctions are engaged in a trade war.US is believed to penalize all nations which are said to form a block against the former.

It may not be coincidence that some energy rich nations like Iran, Russia and Venezuela are a bigger threat for US. These countries have bigger reserves of oil and gas. Interestingly, these three countries are facing US sanctions.

Donald Trump has initiated a trade war against China. Rather than imposing sanctions, Trump is using a technology tool against China and targets Chinese tech giant Huawei it blackout it from Google. So, all big economies are facing threat of US. Even, Turkey had also faced US sanctions. Turkey’s lira plunged to a record low beyond 5 to the dollar in August last year following sanctions imposed by  Washington on Tayyip Erdogan’s two ministers over the trial of a U.S. pastor accused of backing terrorism.

How US uses dollar against rivals

The United States is manipulating its currency, the dollar, and uses it as a tool to exert pressure when it wants to punish someone, Russian Foreign Minister Sergey Lavrov said in an interview with Russian Channel One.

Now, these countries mull different plans to counter monopoly of US currency, the dollar that has hit their economies. There are different avenues to counter dollar hegemony.

According to media reports, Caracas and Moscow are mulling over the possibility of abandoning the transaction of dollars and use of the Russian ruble in mutual trade settlements, according to Venezuela’s representative to the UN office in Geneva Jorge Valero.

Two countries are also discussing the option of using Venezuelan state-sponsored oil-backed cryptocurrency El Petro, launched last year. Caracas had pegged the value of the petro to the price of one barrel of Venezuelan oil. The government also pegged Venezuela’s national currency, the bolivar, to El Petro.

Bolivarian Republic had faced numerous US sanctions and it abandoned use of dollar for its international transactions. It opted to the euro. In addition, it had also initiated to swap crude oil for imported products.

According to the diplomat, the US penalties against the Venezuelan oil sector, along with freezing its dollar accounts, had adverse impact on its economy. It deprived the Latin American nation of investment in its oil sector and denied international financial support.

Swap arrangement between Beijing and Moscow

Russia and China have been successfully implementing the terms of the ruble-yuan currency swap agreement, signed in 2014.The deal was signed in a bid to abandon use of dollar and euro to boost trade. The deal was extended at the end of 2017.

Trade turnover between two nations has witnessed increase by 30 per cent to $77 billion. China is Russia’s largest trading partner, accounting for 15 percent of Russian international trade in 2017. The countries hope to accelerate trade to $200 billion by 2024. Russian companies paid 15 percent of Chinese imports in yuan.

In August 2018, the Iranian central bank Bank Markazi and the Central Bank of Turkey signed a currency-swap agreement to enable Turkish and Iranian banks to exchange liras and rials directly. Following this deal, Iran opened a letter of credit amounting to US$ 1.4 billion to finance trade with Turkey, with a repayment period of up to one year. Earlier, Iranian and Turkish banks had used a third-party currency, most often the euro. These two countries had been able to make transaction in their national currencies following this deal.

So, in this situation, there are different options to counter monopoly of dollar. Pakistan is in trap of dollar and should consider some options to break monopoly of US currency. China is a partner of Pakistan. Two countries have already entered into deal of currency swap arrangement to reduce dependency on dollar and ease pressure on foreign exchange reserves. Russia wants to make multi-billion dollars investment in oil and gas sector.

Iran is also keen to trade energy and other commodities with Pakistan. These two countries have not been able to deal with Pakistan due to US sanctions. Pakistan should sign currency swap deal with Russia and Iran like China to end dollar’s hegemony and reduce dependence on dollar that has hit Pakistan’s rupee causing flood of inflation for Pakistani people. Pakistan is also facing crisis of exports and such deals would help boost trade with different nations.