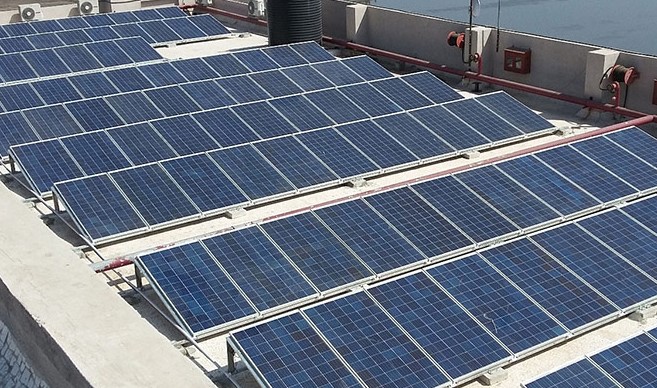 Islamabad: Keeping in view the vision of the Prime Minister, Imran Khan and Minister of State/Chairman Board of Investment (BOI), Atif R. Bokhari to ensure provision of uninterrupted and affordable energy to industries, BOI undertook efforts to establish a first ever solar captive power plant for SEZs in Pakistan.

Officials in BOI told that the Chinese Companies have proposed to setup a Photovoltaic Power Project of 700MW for the two SEZs of FIEDMC namely M3-Industrial City and Allama Iqbal Industrial City. The provisionally estimated total investment of the project is USD 630 million; wherein Chinese companies will come as financers and SEZ developer/FIEDMC could provide land on lease or to be an equity investment partner in the project.

Officials told that the project will be completed in three phases as per the electricity demand of the SEZs. FIEDMC will provide the estimated power requirement for both the SEZs, along with the status of infrastructure inside and outside SEZ for power distribution from FIEDMC. It is planned to adopt BOLT (build-own-lease-transfer) cooperation method for the project which is a first ever BOLT model in Pakistan.

It was under the sapient guidance of the ex-Secretary BOI Omer Rasul, who has been now posted as Secretary Energy, Power Division, and facilitation of the Project Management Unit of CPEC Industrial Cooperation in BOI that this MoU was transpired amicably.

Officials said that this MoU would pave way for private SEZs to have their own captive power plants for interruptible, affordable, and sustainable power supply.

It is worth mentioning that SEZ Act 2012 also entitles the SEZs developers to establish their own captive power generation facility. The present government also accords top priority to solar / alternative energy generation to increase the share of green energy in the overall energy mix.