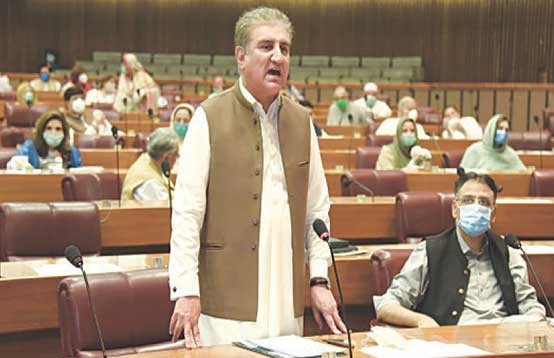 Responding to the point of PML (N) parliamentary leader Khawaja Asif, Shah Mahmood Qureshi said no Covid19 positive member has been invited to attend the proceedings today. He said we are not irresponsible. He said that forty hours were fixed for debate on the budgetary proposals but the members held discussion more than the allotted time.

The Foreign Minister said that Imran Khan has been made PM to take notices against corrupt elements and money launderers. He said Pakistan Tehreek-e-Insaf will not make any compromise on its ideology.

“The PTI and its allies stand by the ideology of Imran Khan,” he added.