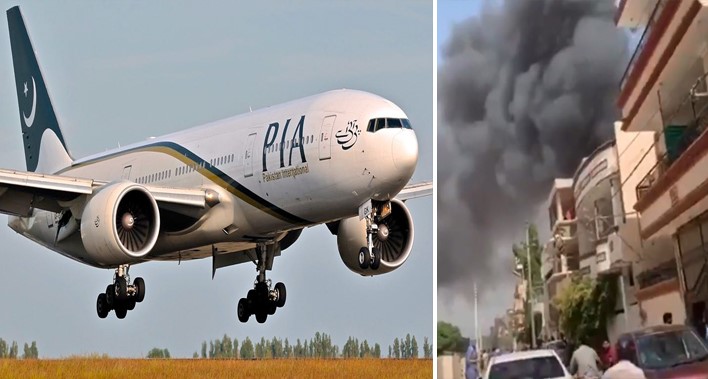 An aircraft of Pakistan International Airlines, Air Bus, A-320 crashed in Karachi on Friday afternoon. Ninety-nine passengers and eight crew members were on board.

The aircraft enroute from Lahore to Karachi crashed just before landing at Karachi airport, according to media reports. Meanwhile, the Sindh government has declared emergency at all the nearby hospitals to accommodate the injured of the incident.

According to ISPR, Army Quick Reaction Force and Pakistan Rangers Sindh troops have reached the incident site for relief and rescue efforts alongside civil administration.

Pakistan Army Aviation helicopters have flown for damage assessment and rescue efforts. Urban Search and Rescue Teams are being sent on site for rescue efforts.

Prime Minister Imran Khan has expressed grief and sorrow over loss of precious human lives in tragic crash of PIA aircraft in Karachi and directed concerned authorities and departments to immediately undertake relief and rescue efforts and provide medical aid to the injured.

Imran Khan also ordered immediate inquiry into the plane crash incident. The Premier said in a Tweet, “Shocked & saddened by the PIA crash. Am in touch with PIA CEO Arshad Malik, who has left for Karachi & with the rescue & relief teams on ground as this is the priority right now.”

In a message, he commiserated with the bereaved families.

In their separate messages, they said that all out support will be provided to civil administration in rescue and relief operation.