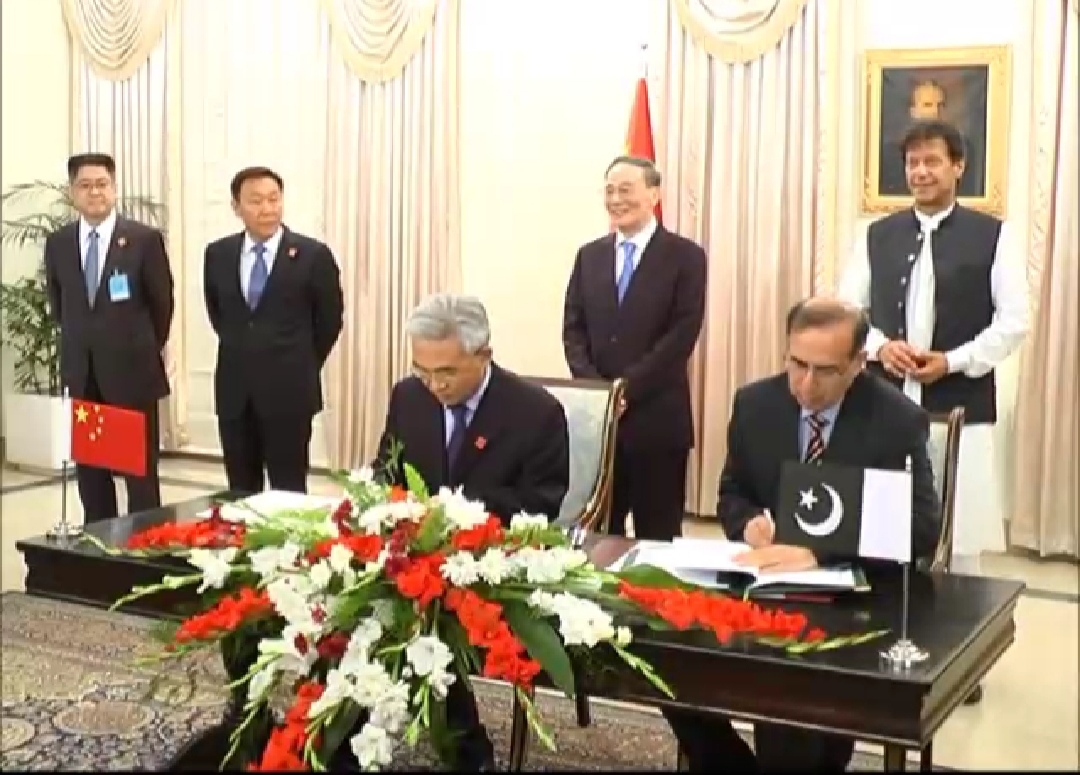 Reaffirming ‘All-Weather Strategic Cooperative Partnership’ between Pakistan and China, the two leaders exchanged views on the entire gamut of bilateral relations and expressed the resolve to further strengthen bilateral relations in all spheres — including political, economic and trade, and people-to-people exchanges.

Recalling his visit to China last month to attend the 2nd Belt and Road Forum (BRF), the Prime Minister expressed satisfaction at the results of the visit and highlighted the significance of high level exchanges in cementing the abiding friendshipbetween the two countries. The Prime Minister appreciated President Xi’s Belt and Road Initiative and underscored its significance for greater regional connectivity and sustainable growth.

Reciprocating the sentiments of the Prime Minister, the Vice President thanked himfor the warm welcome and hospitality.He reiterated China’s strongsupport for the agenda of socio-economic uplift and people-centered development. Healso expressed satisfactionat the increasing momentum of bilateral engagement between the two countries.

Among other things, the Vice President underlined the importance of frequent leadership-level exchanges, the salience of CPEC projects in diverse sectors, expansion of bilateral trade in a balanced manner, promotion of investments, and increase in cultural and people-to-people exchanges with a special focus on youth and the media.

The two sides also exchanged views on the regional situation, including recent developments in South Asia. The Vice President lauded Pakistan’s constructive approach and new initiatives for forging peaceful and cooperative relations in the neighbourhood. Vice President Wangalso expressed China’s appreciation for Pakistan’s sustained and successful efforts in the fight against terrorism and reaffirmed China’s steadfast support in this regard.

The two leaders later witnessed the signing of MoUs/Agreements between Pakistan and Chinaand inauguration of several projects to enhance bilateral cooperation in diverse areas. The MoUs/Agreements signed on the occasion include:

i. Framework Agreement on Agricultural Cooperation.

ii. Memorandum on the Requirements of FMD Free Zone.

In addition, the following projects were inaugurated:

i. 660 KV HVDC Transmission Project from Matiari to Lahore.