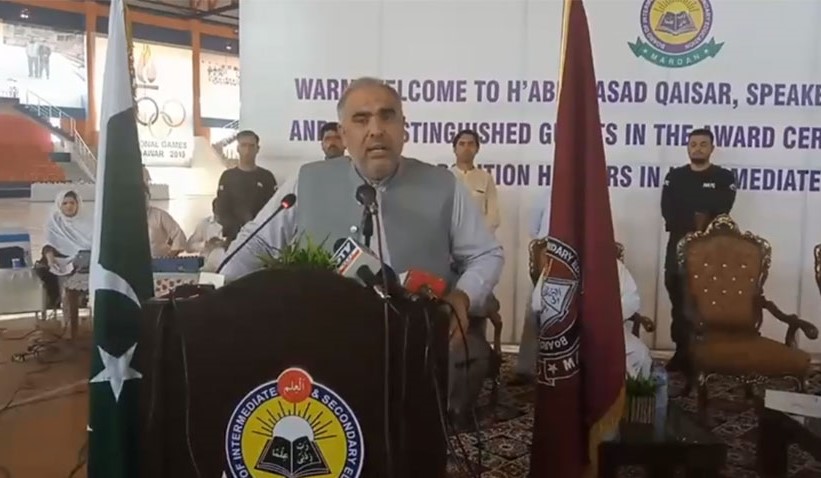 The National Assembly Speaker, Asad Qaiser said that the smart lockdown policy of the Prime Minister Imran Khan in the face of Covid-19 which yielded effective results has been acknowledged by the entire world.

According to media reports, Asad Qaiser stated this while addressing a ceremony in Mardan on Tuesday.

The Speaker of National Assembly has urged the people to extend full cooperation to the government and relevant departments while observing SOPs including social distancing.

On this occasion about education, the Speaker said that a uniform education system will be implemented across the country from next year.

The government is working on bringing reforms in the madrasa education system to bring them into the mainstream,” he said.

Asad Qaiser emphasized on the students to work hard and follow the Islamic teachings.