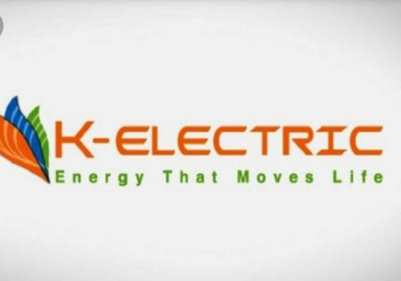 Islamabad: The cable network and poor water sewerage system appear to be major cause of deaths in Karachi during rains.

As many as 33 deaths were reported. Out of them, 11 deaths occurred inside houses due to internal wiring faults whereas 18 incidents were due to kunda or TV cable network. KE has 30,000 kilometers long network and cable operators had 100,000 kilometers network on poles of KE.

K Electric (KE) briefed the National Assembly Standing Committee on Energy. Moonis Alvi CEO KE informed the parliamentary panel that majority of the incidents either occurred inside homes because of faulty wiring or the unsafe use of electrical equipment, non-KE infrastructure such as kundas, TV/Internet cables illegally encroached on power installations and hanging lights which were beyond the control of KE. He said that sewerage system of Karachi and cable network were major factors in causing deaths in Karachi during the rain. He said that provincial government should take measures to improve water sewerage system to control human loss.

He said that total 33 deaths were reported. Out of them, 11 deaths occurred inside houses due to internal wiring faults whereas 18 incidents were due to kunda or TV cable network. He said that Nepra was conducting inquiry and KE was also holding internal inquiry. He FIRs were registered and they would compliant the decisions of court and power regulator.

He appealed all concerned stakeholders to step up to eliminate the issue of encroachments, kundas, unwarranted use of KE’s infrastructure and rains water around power infrastructure during and after rain. As per NEPRA’s last State of Industry Report issued for 2018, KE has the third lowest number of incidents.

He further said that KE had removed thousands of kundas and illegal wiring besides serving warnings through mass awareness campaigns and public/legal notices where applicable, however reemergence of such wires and kundas remains a critical social challenge and can only be resolved through support of all stakeholders. He also ruled out that KE was not complying the standards of Nepra.

‘Due to measures taken by KE, the losses have reduced from 33 to 17 per cent, he said, and appealed all concerned stakeholders to step up to eliminate the issue of encroachments, kundas, unwarranted use of KE’s infrastructure and water logging around power infrastructure during and after rain. About blackouts, he said that KE system was also reliant on national grid and stoppage of electricity supply from national grid also caused tripping in the system resulting in blackouts in the Karachi.

Chief Distribution Officer KE Amir Zia said that KE had 30,000 kilometers network and this network had 100,000 kilometers network of cable operators. He said that they had written to PEMRA to take notice in this regard. ’We disconnect cable network, they disconnect our network, he added. The committee was also informed that KE had added 1000 MW power generation in the system during last few years.

However, Shazia Marri from PPP got annoyed over holding the Sindh government responsible for poor water sewerage system in Karachi. But Federal Minister for Energy Omar Ayub backed KE,s view and said that Sindh government should ensure effective measures for drainage of rainwater in Karachi. The parliamentary body directed K-Electric to appear before the committee to brief it regarding the unfortunate accidents which occurred in Karachi during the recent rains and investment made during the past.