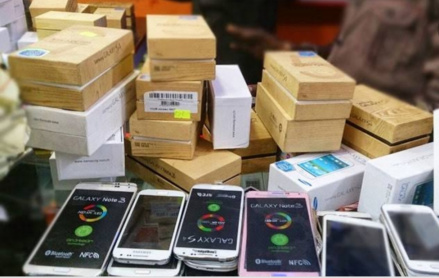 Islamabad: Pakistan Telecommunication Authority (PTA) has confessed that as many as 750 cases of identity theft of overseas Pakistanis have been identified being used to unlock the smuggled mobile phone sets and devices.

These cases have been referred to Federal Investigation Agency (FIA) and Federal Board of Revenue (FBR) for legal action, Member PTA Dr. Khawar Siddique told Senate Standing Committee on Information Technology and Communication. The committee expressed serious concerns over the identity theft of overseas Pakistanis and directed to take action against the culprits under cyber security laws.

At present, government can fine up to Rs 1 million and 3 years imprisonment to the person involved in identity theft. Senator Rehman Malik proposed that imprisonment term should be increased to six years and it should be made a non-bailable offence.

Member PTA further said that data of overseas Pakistanis was being leaked at airports and travel agents were also involved in it. However, committee raised doubts that some insiders were involved in this practice. The committee noted that procedures of registering mobile sets were being made difficult. It urged the PTA to make the procedure easier to facilitate the overseas Pakistanis who bring mobile sets to Pakistan.

The committee also stressed on manufacturing of mobile sets in Pakistan. Officials of Ministry of IT informed that All Pakistan Computers Association had shown interest to set up assembling plants to manufacture mobile phone sets. They said that issue was taken up with Investment board. The association wanted some tax exemptions but board of investment had refused. They said that model of joint ventures investment and public private sector mode was proposed to set up these plants.

The committee was also given briefing on IT Park in Islamabad. It was informed that IT Park would have capacity of 120 officers, two business centers and laboratories. Senator Rehman Malik criticized the award of contract to Korean consultants without competitive bidding. Project director informed that Exim Bank of Korea had given a loan and it was pre-conditioned to award contract to Korean firm. The committee directed IT ministry to provide copies of the documents.

It was also informed that PTA had registered 9.27 million commercial mobile phone sets and devices during first four months January to April, 2019. Whereas, total registration of mobile sets under individual category stood at 440,821 under FBR under baggage rule without duty. It registered 12293 phone sets with duty paid category during February to May 2019.