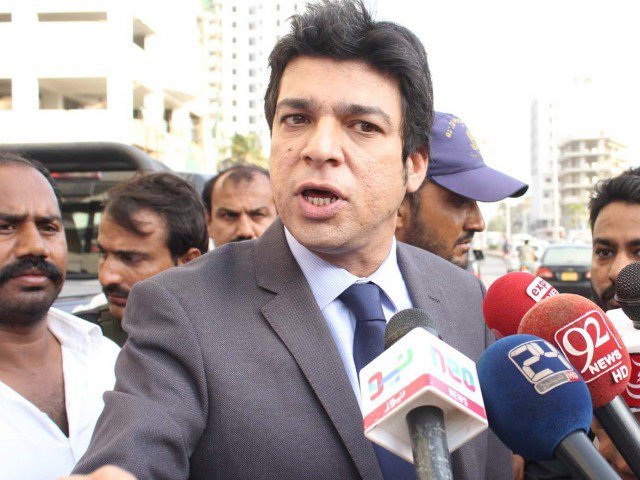 Islamabad: The new controversy is on the cards as Federal Minister for Water Resources Faisal Vawda on Wednesday announced to undertake re-inspection  of the Kalabagh dam project previously  declared dead.

“Previously Kalabagh was declared dead in ICU, now I am the new doctor in charge and will order re-inspect of the project and will not allow it to be buried” Federal Minister for Water Resources Faisal Vawda said while addressing a press conference here.”I will re-inspect and decide about it,” he added.

The minister said that the country was in dire need of new water reservoirs and these should have been constructed earlier. However, he said that it is unfortunate that an attempt was made to make several dams project including Kalabagh controversial.

Replying a query regarding the recent floods in Karachi the minister said Pakistan People’s Party (PPP) has to be blamed for the fiasco. It was the failure of provincial government of PPP as it did not give attention towards timely clearing of storm-drains in the metropolitan.It is not my duty to remove encroachments from Karachi but we are playing our role through NDMA, he said. It is the duty of the provincial government to remove the encroachments from the waterways, he added.

Vawda said it was the responsibility of local bodies and provincial governments to take precautionary measures to avoid the situation of flash floods in Karachi that took several precious lives.

In reply to another query regarding the worst performance of K-Electric during the recent rains, the minister responded that he is not the in charge  as the Federal minister for power Umar Ayub looks after the matter related to electricity.

To another query, Vawda said transferring and sharing of water data was a settled issue between Pakistan and India, hoping that India would implement it.  The minister has however ruled out that India was targeting Neelum-Jheulm project. “As far as the security of Neelum-Jhelum project is concerned it is under control” he added.