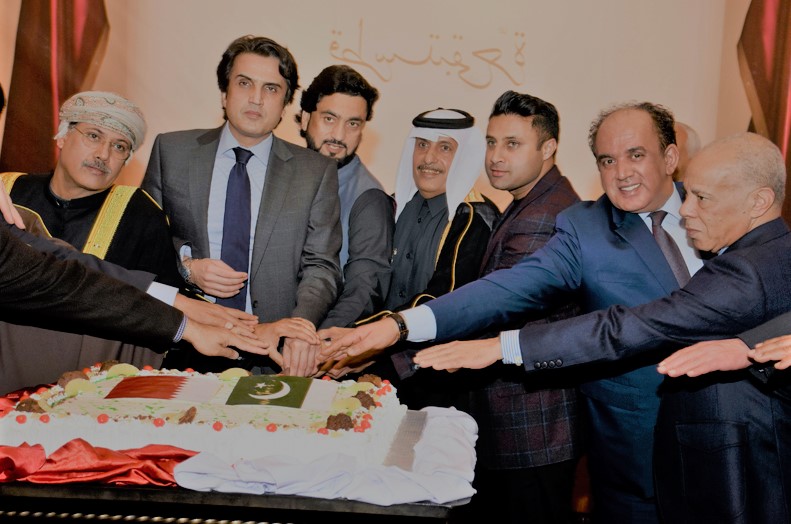 Islamabad: With a promise to hire 100,000 Pakistani for development and construction work for FIFA Football World Cup 2022, government of Qatar will open visa Center in Pakistan on Thursday (December 27).

The Qatar Visa Center has been established to provide ease and convenience to the Pakistani skilled labour obtaining visas to the State of Qatar.  The inauguration ceremony will be graced by the Ambassador of the State of Qatar in Pakistan, Mr. Saqr Bin Mubarak Al Mansouri with various other dignitaries from both countries.

Earlier, close aide of PML-N leader Nawaz Sharif Saifur Rehman had been sending manpower from Pakistan as he had demand of workforce from Qatar being close to crown family of Qatar. Now, other overseas promoters may have a chance to send manpower to Qatar, an official said.

FM Al-Thani had also held a meeting with Pakistani Foreign Minister Shah Mehmood Qureshi on the sidelines of the UN General Assembly in September and offered 100,000 jobs for skilled and semi-skilled workers from Pakistan.

The new government of Pakistan Tehreek-e-Insaf (PTI) had faced the problem of balance of payment and Saudi Arabia, UAE and China had bailed out Pakistan to come out of the crisis. Pakistani exports and remittances by Pakistani workers working abroad help boost the foreign exchange reserves. The new leadership of Saudi Arabia had been engaged in military adventures and Pakistani manpower had come back due to less development work activity.

Pakistani workers had been working in UAE and Saudi Arabia. The remittances from these two countries were major contributor to boost foreign exchange reserves. As Pakistani manpower returns to Pakistan due to less development work, experts were of the view that Pakistani government should work new avenues and Qatar was one of them where Pakistani workers could go.

Several companies in Saudi Arabia had been shut down and around 50,000 Pakistanis returned to Pakistan during the last eight months. According to the Ministry of Overseas Pakistani, several Pakistanis had been stuck in Saudi Arabia after losing jobs. In Saudi Arabia, the Pakistan manpower in 2015 stood at 522,750 that dropped to 143,363 two years.