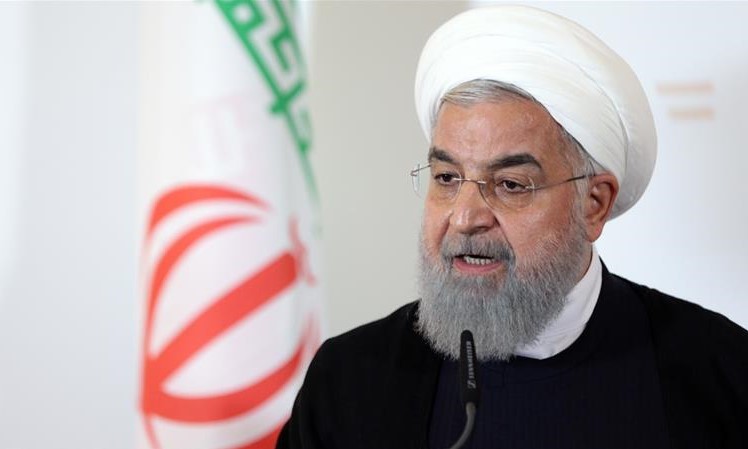 The president of Iran Hassan Rouhani has called on the International Monetary Fund (IMF) to provide a much-needed loan to Iran. The US has been opposing Iran’s request in what Tehran sees as an act of ‘medical terrorism.’

Iranian President Hassan Rouhani said in a televised cabinet meeting on Wednesday that I urge international organizations to fulfill their duties, we are a member of the IMF and there should be no discrimination in giving loans.

The president of Iran further added that the imposition of US sanctions against Iran amid the pandemic was “economic and medical terrorism.”

Iran applied for IMF money in mid-March as the coronavirus pandemic was overwhelming its national healthcare system. Tehran hadn’t asked for IMF assistance since the early 1960s and said it needed the money urgently to fight the coronavirus. The international organization, however, was not forthcoming as the US openly objected to providing any funds to Iran.

Tehran is seeking $5 billion from the IMF, but Washington claims the money would be diverted and used “to help their terrorist proxy groups in the Middle East,” as spokesperson for the US Department of State Morgan Ortagus told BBC Persian this week. The US is the largest IMF shareholder and has much sway over its decisions on whether to grant bailouts to nations.

According to the Wall Street Journal report Washington will use its leverage to block Iran’s request and is also preventing Tehran from tapping into the roughly $5 billion in reserves held in its account at the IMF.

The Trump administration has been pursuing ‘maximum pressure’ against Iran, threatening people doing business with it with secondary sanctions. Washington suggests Tehran should get money for fighting the pandemic by diverting some from national defense.

Iranian officials are hopeful that other IMF members will defy the US, which – despite its influence – doesn’t have a veto power in the organization.

Iranian Vice-President for Economic Affairs Mohammad Nahavandian told to media that actually it’s a policy of the IMF for evenhandedness in appraisal and approval of requests.

“Iran has been a founding member of IMF, with very good record. And it is expected for this international body to do what [it] is expected to do. That request is now in due process. Many countries have expressed their support for this,” he added.

The minister pointed out that “we are all in the same boat” with the threat of the pandemic, so compromising Iran’s public health by denying it a bailout would undermine other nations as well.

Some global players have publicly criticized the US for maintaining its sanctions amid the coronavirus outbreak. Washington’s European allies Germany, France and Britain used the sanctions-dodging barter mechanism INSTEX to deliver medical supplies to Iran for the first time in late March.