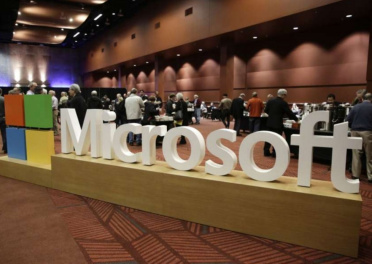 Islamabad: Global technology companies are reportedly planning to shift substantial production capacity out of China due to the trade conflict with the United States.

The initiative could be a major blow to the country’s position as the world’s powerhouse for tech gadgets.

Microsoft, Google, Amazon, Sony and Nintendo are also looking at reallocating some of their game console and smart speaker manufacturing out of the country, sources added. Other leading PC makers such as Lenovo Group, Acer and Asustek Computer are also considering a production shift, according to people familiar with the matte

According to the Nikkei Asian Review that major personal computer (PC) producers HP and Dell are mulling over moving up to 30 percent of their notebook production out of China.

They told Nikkei that, despite the truce agreed by American and Chinese leaders at the G20 summit in Japan, the situation was still too uncertain. Rising costs in China were also prompting manufacturers to examine alternatives, sources said.

Manufacturers of key data center servers such as Quanta Computer, Foxconn Technology and Inventec have already moved some production to Taiwan, Mexico and the Czech Republic.

Last month, the media reported that Apple was exploring the cost implications of moving up to 30 percent of its smartphone production

China is the world’s biggest producer of PCs and smartphones. Its imports and exports in the electronics segment have rocketed 136 times to $1.35 trillion in 2017 from just over $10 billion back in 1991, according to Chinese data provider QianZhan.

“There is no turning back, and it is not only about tariffs but also about reducing risks for the long term [such as rising labor costs],” Darson Chiu, an economist specialized in trade at the Taiwan Institute of Economic Research told the Nikkei. “Southeast Asian countries and India will together become new competitive hubs in coming years for electronics production,” he said.