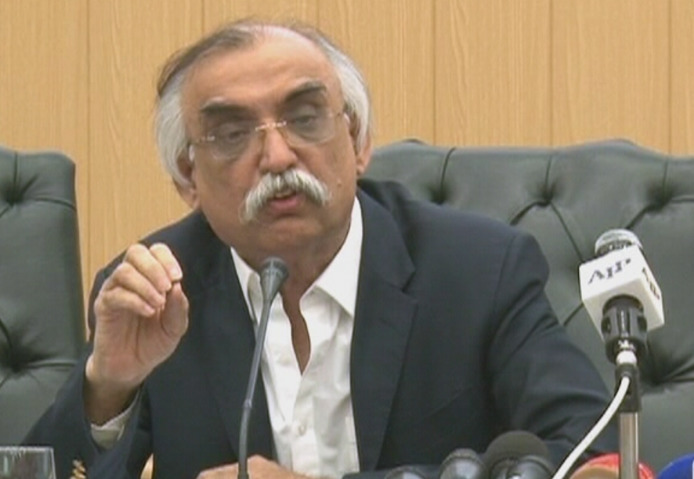 Aftab Ahmed
Islamabad: A multi-billion scam for the clearance of pending claims of refunds of leading corporate firms during the tenure of former chairman Shabbar Zaidi is likely to be exploded either during the current session of National Assembly or later after the session, it is learnt reliably on Friday.

The member of parliament after failing to get the required information from the forum of National Assembly Standing Committee on Finance & Revenue has submitted a written “Starred Question” to the secretariat of National Assembly Secretariat, said a question signed by the MNA and available with the Newztodays.com

The PTI Government has appointed Shabbar Zaidi as chairman FBR on honorary basis in May 2019 till April 2020 when Mr Zaidi because of poor health left the office and later, Nausheen Javaid Amjad was appointed to replace Mr Zaidi in April 2020.

Shabbar Zaidi while in office being chairman FBR has favoured some companies by making payments out of turn huge income tax refund of more than Rs 16 billion during the last fiscal year of 2019-20, alleges the Parliamentarian.
Of this Rs 16 billion income tax refunds, the parliamentarian further claimed that the major beneficiary companies include M/s Engro, Standard Chartered Bank, Habib Bank Limited (HBL), MCB Bank, DG Cement and Maple leaf Cement.

He went on saying that the said companies were initially paid in bonds which were later encashed.
The details of the benefits of receiving income tax refunds out of turn by these companies also include Rs 2 billion for Engro, Rs 1.5 billion for SCB, Rs 10 billion for HBL, Rs 1.5 billion for MCB, Rs 500 million to DG Khan Cement and Rs 700 million, the questions, the parliamentarian asked from the Finance Minister.

It is interesting to mention that MCB Bank and DG Khan Cement collectively received Rs 2 billion income tax refunds is owned by renowned businessman—Mian Mansha—a close aide of former premier Mian Nawaz Sharif.
The parliamentarian also asked the Finance Minister to also reply whether the said companies were private clients of the then chairman FBR, as Mr Zaidi was associated with a chartered and accountancy firm–M/s Ferguson.

The FBR while facing revenue collection targets made this huge amount under income tax refund by favouring these six major companies, the MNA said, by adding that he also failed to get information from FBR in February, 2020.