Interview of the Ambassador of Tajikistan His Excellency Mr. Ismatullo Nasredin to Pakistan.

Q: Excellency, what is your stance on Tajikistan Relationship with Islamic Republic of Pakistan for the last 25 years?

A: last year we celebrated twenty five years of our diplomatic relations, during this long time both countries are closely connected with each other. Pakistan was among the first states, which recognized the independence of the Republic of Tajikistan in the early 90s. During this period our ties became very strong and close. I will give you just one example during this time we exchange in a number of visits on the highest level and today we share same views on various regional and international issues. We have very good relations in the field of security and military cooperation. I am very grateful to the Government and People of Pakistan for supporting our independence and our way towards creation of our statehood as newly independent country, we are now celebrating 28 years of our independence. We value our relations with Pakistan and, I hope in future it will further strengthen.

Q: The central Asia –south Asia power project (CASA 1000) is 1.16 $ billion project which will supply hydroelectricity from Kyrgyzstan and Tajikistan to Afghanistan and Pakistan. Excellency how do you see this project is beneficial for Pakistan and will promote future cooperation?

Q: Sir, please highlight the heroic role and initiatives taken by the president of Tajikistan H.E Emomali Rahmon for his people?

A: I think you are aware Tajikistan passed a very difficult period of its history. In early 90s we were involved in serious conflicts and our Founder of Peace and National Unity, Leader of the Nation, President of Tajikistan Mr. Emomali Rahmon was the person who brought peace to Tajikistan, who took the whole responsibility at that time. When he took the power it was a very difficult time. His first step and efforts was to bring peace and stability to our country. We can talk a lot about his role in creation of our statehood and stability, not only in Tajikistan but the whole region. He is recognized among the leaders who could establish peace and stability in our country. Nowadays the example of Tajik Peace is under the study by even United Nation’s institutes and it can be implemented in other parts of the world. In this regard, I think he is a historical person.

Q: Sir, Tajikistan s achieving its political importance in the region what is the role of Tajik diplomats for political achievements in external policy of Tajikistan?

A: This month on 28 September, we will be celebrating the day of Diplomatic service of Tajikistan. Without diplomatic service and diplomacy we cannot be a part of international community. Even though our diplomatic services are relatively young, but with efforts by our diplomats and ministers and our people who are working in our embassies has established very good ties with all our neighbors. According to our constitution the president is a person who is determining the foreign policy of our country, but of course the Ministry of foreign affairs and the team which is implementing the foreign policy of our state. We talk a lot about small and big achievements, but our diplomats like to represent in the diplomatic arena and also international and regional organizations. I can say that the role of the diplomatic services of Tajikistan is very important in our regional and international relations. Also in November this year we will celebrate 25th anniversary of the Tajikistan Constitution, Day of President and Day of Tajikistan Flag.

Q: Tajikistan got its independence in 1992, Excellency what are the achievements of Tajikistan during this whole period?

A: We can talk very long about our achievements and I have mentioned it already. Our first achievement of newly establish state is bringing peace and stability in our region and our country. The second is we have maintained good relations with our neighbors within the central Asian region. Of course Tajikistan is very well-known in international arena as well. Internally we have achieved some goals in the difficult period that we faced during the initial periods of our independence like transportation, energy problems and food supplies. All these problems are resolved. Although there are still some problems related to economy. Our government is doing its best to solve them. During this period of independence we formed our statehood fully and now we are the active participants of international community.

Q: The development of CPEC and BRI will provide access to Tajikistan and other central Asian countries, how do perceive these projects can grow trade, rail and road connectivity? Which is very important for the regional integration?

A: You mention two very important projects and initiatives, one is project and the other is initiative. First of all we are carefully following implementation with other ideas, if we talk about CPEC, even it is China Pakistan Economic Corridor, it is very important for our country as well, because the final stage of CPEC will go very close to our borders. Nowadays, we are connected to Pakistan via Afghanistan, as we all know the neighboring country has very difficult situation, but when CPEC is completed we will be connected to Pakistan through China which will be very important for faster communication, for transfer of goods and also for movement of people. We fully support the Built and Road initiative. We know the big driver of this initiative is China, which is a big neighbor for all of us. We are also following this project and actively supporting it and I hope one day, due to these projects our nations and people will be much closer. NT 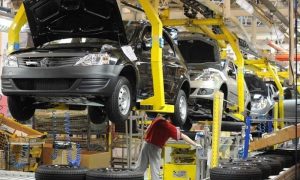