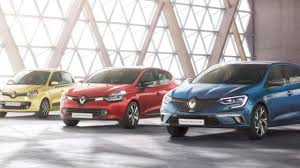 According to Commerce Division, United Nations World Food Programme (UNWFP), Islamabad had requested for permission to allow shipment of spare parts of organizations’ fleet of Renault Vehicles performing humanitarian activities in Afghanistan from Karachi to Kabul. The shipment had arrived from Le havre,

France to Karachi.Under Afghanistan Pakistan Transit Trade Agreement (APTTA)-2010 there is no provision for allowing transit of consignments consisting of non-commercial automobiles and spare parts via Pakistan to Afghanistan even if the consignee is an international organization.Although there is no negative/prohibited list of items under the agreement,

the ministry of commerce had prohibited entry of auto parts into Pakistan for purpose of transit to Afghanistan.

The purpose of prohibiting all sorts of auto parts into Pakistan by sea, land and air, in transit to Afghanistan was to control illegal trade and smuggling.

Ministry of Commerce had been allowing transit of vehicles from time to time with spar parts of United Nations and other attached organizations such as UNHCR, UNAMA and WHO etc as per provision in article 15 of the customs act 1969.

However, after the judgement of Supreme Court of Pakistan, powers of the secretaries and ministers to grant special permissions had been curtailed.Commerce Division had sought approval from the government to allow transit of shipment of spare parts for UNWFP fleet of Renault vehicles performing humanitarian activities in Afghanistan from Karachi to Kabul which had arrived at Karachi port.