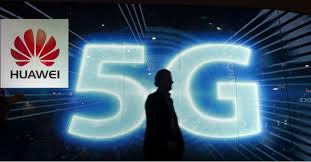 Mobile network operators have reportedly said that tearing up their contracts with Huawei would set Britain’s 5G back “by nine months to a year” – so they’re ploughing on despite pressure.

UK mobile operator O2 confirmed that it will continue to deploy Huawei 5G gear in the UK, at 200 test sites in London. Huawei is used by several operators for their RAN, or radio access network, although all of the UK players are committed to a multi-vendor strategy.

Before 2 days, O2, the British operator presses ahead with Chinese manufacturer despite recent security concerns. O2 will test the new generation of mobile internet at 200 cell sites around London, while rivals EE and Vodafone have already agreed conducted trials with Huawei’s equipment. O2 has confirmed that trials of its next-generation networks, set to take place in January, will utilize Huawei hardware at over 200 sites across London.

An O2 spokesperson said that the trials would involve replacing Nokia equipment for Huawei’s. “We are testing Huawei radio equipment before we deploy it on some of our cell sites in London,” the spokesperson said. “We do this with all vendors in order to drive optimum network performance for our customers.”

On Dec 5, Huawei has partnered with market-leading Telecommunications Operator Altice Portugal committing to the development and implementation of 5G services in Portugal. Altice Portugal CEO Alexandre Fonseca said: “We are delighted to partner with Huawei to further drive forward the development of 5G services in Portugal. “Huawei have been a trusted partner for Altice for many years, and we look forward to explore this revolution new technology together for the benefit of our Consumer and Enterprise customers, as well as a way to promote new business models and services.”

Vodafone Italia and Huawei recently announced the completion of a technique to improve the range of high frequency spectrum as part of their pre-standard 5G trials in Milan. The companies recently revealed they had reached download speeds of 2.7 Gbps and a latency of just over a millisecond in the first live end-to-end 5G data connection in Italy. Italy’s Ministry for Economic Development has made frequencies available to Vodafone so that it can trial pre-standard 5G in Milan. An end-to-end test network has been built for that purpose.

Huawei and Vodafone have completed the verification of the uplink and downlink decoupling solution based on the end-to-end 5G network, including RAN, core network and terminals. Orange CEO Stéphane Richard was very clear in his feedback about Huawei in face of the current situation. He said : “Huawei has the best technology in the world. They have the strongest capability and methods for R&D in the industry. So the quality of their products is undoubted”.

Huawei’s latest communication with media was through Huawei’s rotating chairman Ken Hu, speaking to foreign press in Dongguan, China, last Tuesday. He said: “Huawei has secured 25 commercial contracts, ranking number one among all ICT equipment providers, having already shipped more than 10,000 base stations to markets around the world. Almost all network customers have indicated they want Huawei, which is currently the market leader with the best equipment and will remain so for at least the next 12 to 18 months, for faster and more cost-effective upgrades to 5G. Some security concerns based on the technology for 5G were very legitimate, noted Hu, but able to be clarified or mitigated through collaboration with operators and governments”.