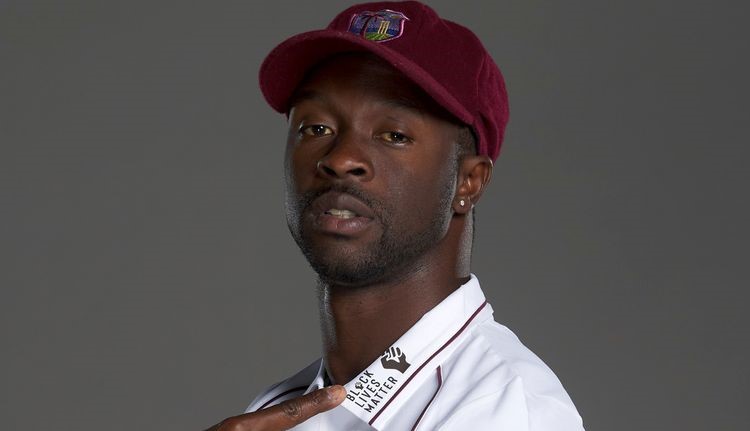 The cricket team of West Indies will wear “Black Lives Matter” logos on their shirts during next month’s Test series against England in a show of solidarity with the global movement. The tourists will follow the lead of English Premier League footballers during the three-Test series, which starts at the Ageas Bowl on July 8.

According to AFP report, the logo, which has a clenched fist in place of the letter ‘A’ in the word “Black”, was designed by Watford player Troy Deeney’s partner Alisha Hosannah.

Hason Holder, the West Indies captain, said the team remained focused on winning the series but that there were bigger issues to address.

According to a statement issued by Cricket West Indies, the Captain said, “This is a pivotal moment in history for sports, for the game of cricket and for the West Indies cricket team. We have come to England to retain the Wisden Trophy but we are very conscious of happenings around the world and the fight for justice and equality. We believe we have a duty to show solidarity and also to help raise awareness.”

Holder said sportsmen and women could influence opinion and be a force for change.

“We did not take our decision lightly. We know what it is for people to make judgements because of the colour of our skin, so we know what it feels like, this goes beyond the boundary. There must be equality and there must be unity. Until we get that as people, we cannot stop,” he added.

Deeney said he and Hosannah were overwhelmed by the gesture.

“Alisha and I are immensely proud to be asked and take part in a monumental moment in world sport, this amazing decision by the West Indies cricket team to show their support for Black Lives Matter,” he said.

Player power was behind the Premier League’s move to put “Black Lives Matter” on the back of shirts for the first 12 games following the restart of the competition.

Footballers are also wearing the logo on their sleeves for the rest of the campaign.