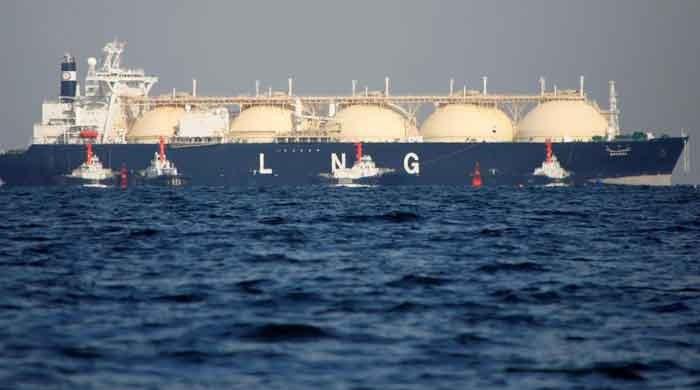 Islamabad: LNG is a sweet business for LNG terminals operators, operators, power plants and even shipping companies when it comes to making money on account of capacity payments and demurrages. The consumers are on losing end.

It was PSO at fault that it failed to offload the ship of RLNG that resulted in making hefty amount of US$700,000 demurrages by PSO to shipping company in one month due to delay in offloading RLNG ship.

However, PSO had held power sector responsible for refusing to take fully supplies of RLNG.

Nobody knows how much it paid since 2015 when it entered into LNG import business despite the fact that oil was its core business.

Pakistan State Oil (PSO) has long and short term contracts of RLNG with Qatar and Gunvor for supply of 600 mmcfd RLNG.

PSO is bound to take six LNG cargoes in a month to transport it to gas utilities-SSGCL and SNGPL.

Officials told Newztodays.com that PSO had incurred US$700,000 demurrage due to less off-take by the power sector in month of March.

Due to lockdowns, the demand of electricity had also been reduced by 15 per cent and therefore, power sector had refused to take fully supply.

Normally, power sector has been reluctant to take LNG being imported by PSO at higher rates. The deal was done in PML-N government and PSO had signed commercial deal at 13.37 per cent of Brent oil. Due to higher prices, power sector had been showing reluctance to lift RLNG. PSO had dropped full cargo of QatarGas on April 2.

In the entire business chain, importers and terminal operators are also making money due to capacity payments. Qatargas is always said to make money from Pakistan due to higher price and there is review after ten years. Pakistani side had taken up the matter with Qatar but they refused to negotiate price before 2025.So, power sector has decided now that they will not take supplies from Qatar after 2025.

The power consumers also suffered when RLNG based power plant meant to use LNG remained shut down most of the time and RLNG was diverted to domestic sector that had trapped SNGPL into Rs 73 billion debt which is to be recovered from consumers yet. Brokers are making money and consumers are suffering.