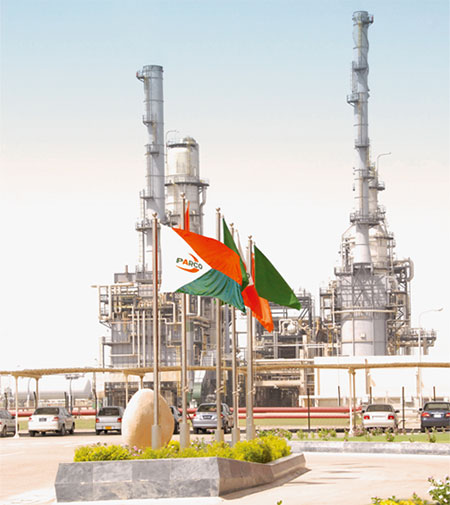 Islamabad: As the existing managing director (MD) Pak Arab Refinery Limited (Parco) is set to leave after enjoying for 13 years after receiving extensions several times, four candidates are in race of new managing director of the country’s largest oil refinery, a joint venture between Pakistan and United Arab Emirates (UAE).

The post of head has always been a favourite one and influenced by UAE and baboos in government. However, the question is now whether four candidates handpicked out of 14 interviewed for the top post in UAE’s JV in Pakistan, will be making turnaround the ailing refining sector in Pakistan or face the same fate of previously appointed in other autonomous bodies under the petroleum division.

Although close aides and friends of siting MD, Parco, Tariq Rizavi in the refining sector claim that he expressed his wishes with the tops Baboos in Petroleum Division to relief him as he wanted to spend time with his family abroad. Soon after the coming into power, PTI government had announced filing the vacant posts of some billions rupees profitable entities of the petroleum division but nearly 20 months in office, majority of MDs are still vacant and Prime Minister’s Imran Khan’s warning for filling these vacant posts did not yield results.

So far petroleum division had made three posts appointments that include MDs, PSO, PMDC and OGDCL while the over a dozen entities are still awaiting their heads to run it.

Against the shortlisted list of Sidat-Hyder—a HR consultant firm—Petroleum Division has also included their handpicked candidates for the top post of MD, Parco. The 14 shortlisted candidates were interviewed by a panel of Petroleum Division including the Federal Minister for Energy, Omer Ayub Khan, Prime Minister’s special Assistant on Petroleum, Nadeem Baber, Secretary Petroleum, Mian Asad Hayauddin, who is chairman Board of PARCO and Additional Secretary Petroleum.

The possible candidates, the ministry has shortlisted for sending a summery to the Prime Minister, Imran Khan for approval for the post of MD, Parco and their brief Bios are .

1) Zawar Haider, is currently working in OCAC, quite a junior person with nominal exposure of technical and management side while working only in PRL, a very old refinery in Pakistan. Industry sources informed that his assignment at OCAC indicate that Mr Haider was not required in PRL probably due to no useful work as such so dumped to OCAC which actually is conflict of interest for any refinery operator. Same was witnessed in the past as well.

2) Yacoob Suttar – a former employee of Pakistan State Oil (PSO), is currently facing several corruption cases. He is also being investigated in case of appointment of Sheikh Imranul Haque who had come from Engro LNG terminal. He is also in the list of Petroleum for the slot.

3) Shahid Mehmood Khan – is already working in Parco as DMD and was not selected to replace Tariq Razavi, already a below average, in 13 years. His main area of Finance has been on auto while there have not been any corporate planning as such.

4) Ahsan Khan – is an ex Shell employ and Canadian National. He works for a contracting firm with relevant ownership links in Pakistan named Kainnat Project Management Solutions. He only worked once in Pakistan during initial career in Exxon Chemicals (now Engro).

He has been mostly working for contracting firms which would be a big conflict of interest as Parco is to undergo expansion and other new projects. He does not have any experience of working in any oil and gas company in Pakistan and therefore carries no exposure of industry, policy framework and current issues refineries and industry are confronted.

It has come to knowledge that few more experienced, most relevant professionals were interviewed cursorily and not considered. Reports emerged that ones selected in final list mostly were interviewed on Skype with Minister for Energy Mr Omar Ayub Khan In chair who was not available when others were interviewed. The motives of whoever is taking shots emerging to be alarming by intending to evidently handover reigns of Pakistan’s largest oil refinery in the hands of a particular industry group, oil mafia or to ones having huge conflict of interest.

Nadeem Babar SAPM to PM Principle and Secretary as Accountability Officer of Petroleum Division have tremendous responsibility to see that merit prevails and selection is made in the country’s best interest. Unfortunately, this sectors has seen many irrelevant and illegal appointments not fitting on overall merit criteria. Hence the drastic downfall in energy and oil&gas sectors.

It is very alarming that during these hard testing times and mammoth challenges faced by Hon’ble PM Imran Khan and hia government, key appointments are made on referrals, without merit and on recommendations of forces with vested interests.