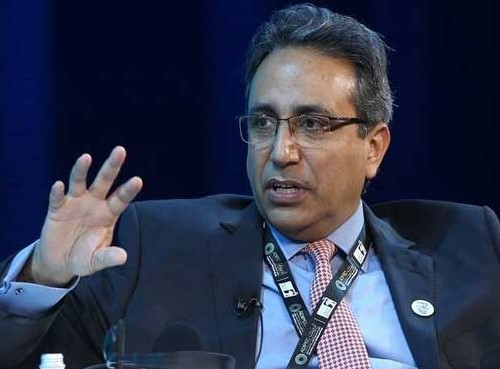 Islamabad:  While warning massive gas load shedding in coming years, the federal government has decided to convince the provinces to surrender first right of using gas and put burden of expensive imported gas on the consumers using domestic gas in weighted average.

Prime Minister Imran Khan will chair a conference on gas here on Wednesday that would be attended by provinces and industry stakeholders to develop consensus.

Special Advisor to Prime Minister on  Petroleum Nadeem Babar has said that Article 158 of the constitution regarding distribution of gas will become irrelevant in coming years as the demand will substantially rise and the gas producing provinces will face deficit even meeting their own demand.

Article 158 of the constitution is not only legal matter as gas deficit has become a national issue, Special Advisor to Prime Minister on  Petroleum Nadeem Babar said while briefing the media along with Federal Minister for Energy Omer Ayub here.

Both the Energy Minister and SAPM were briefing media regarding Seminar on Natural Gas Supply Chain in Pakistan to be held today(Wednesday) at PM office.

Omer Ayub said that in the seminar they will discuss the gas pricing with provinces. He said that the gas demand is around 6.5 bcfd to 7 bcfd while the production is 3.5 bcfd.

Replying a query, Ayub ruled out that government was planning to amend Article 158 pertaining to gas distribution among the provinces. He said in the seminar they want to collect the views of all the stakeholders and their recommendation will go to CCI for approval. He said that the government wants that instead of one particular opinion the viewpoint of all should be presented to the forum, he added.

Replying to the same question Nadeem Babar said that Article 158 will become irrelevant in coming days as the gas producing province will not be able to meet their own demand. Sindh will face gas deficit within one and a half year, KP two and a half years and Balochistan three and a half year, he added.He said that if proper planning were not made then there will be massive gas shortage. If we didn’t enhance the LNG infrastructure then we have to carry load management in winter season, he added.

He said that that the load management plan for the upcoming winter season has already been prepared.

On North South Pipeline, SAPM said that as per the supreme court directives in GIDC case, they have to start the project by February 13, 2021.Pakistan will increase its share substantially in the construction of Pipeline.

He said that demand for natural gas grew substantially over the last decade and the constrained supply-demand gap in 2013 was estimated at 2,000 MMCFD, while the unconstrained gap exceeded 4,000 MMCFD. This shortage necessitated gas load management across the country and gas consumers in all sectors in the four provinces experienced varied levels of gas load shedding; the province of Punjab was the worst affected where SNGPL could not provide natural gas to industry, fertilizer plants, power plants and CNG for over 7 months in a year and over 50% of domestic consumers could not be reliably provided natural gas for cooking and heating purposes from November to February.

The gas producing provinces are anticipated to witness the depletion in indigenous gas production in coming years until and unless bigger new gas finds are encountered. The resultant gap between demand and supply has to counter gas load management in the gas consumer sectors.

During last decade, the issue of gas load management over the SSGCL and SNGPL network within the gas producing provinces as the domestic gas depleted, the interpretation of Article 158 and implementation at practical grounds remained under debate at CCI level as well as in honorable courts.

During the last meeting of CCI held on 06.08.2020, the federal government shared the f unfolding circumstances related to depletion of indigenous gas resources, increasing demand, gas tariff issues and import of LNG.

Nadeem Babar said that government under the Petroleum Policy, 2012 has offered incentives for exploration of oil and gas in the country. The new bidding round for award of 20 oil and gas exploration blocks in Pakistan is anticipated to attract local as well as foreign investments which will also pave way for new oil and gas finds within the country.

In reply to a query that whether SAPM will renounce his American Nationality, Nadeem Babar replied that why “ I should abandon it,”.